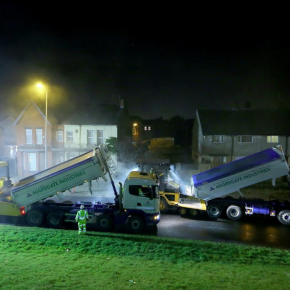 Aggregate Industries’ new SuperCurve asphalt solution has demonstrated its ability to withstand high-levels of HGV traffic during the recent resurfacing of carriageways at the Port of Liverpool.

High volumes of heavy good vehicles go in and out of the port every day and in recent years this has taken its toll on the existing carriageway’s hot-rolled asphalt surface. Consequently, Sefton Council proposed the renovation of the area around Princess Way Roundabout/Crosby Road highway at the Seaforth end of the docks, and the carriageway from the port exit to the roundabout under the A565 flyover.

The renovation involved identifying two running lanes into the Port Entrance and adding a newly constructed third lane to accommodate traffic to Crosby.

Aggregate Industries were chosen to offer their expertise in traffic management and associated vehicular issues, having previously worked successfully with Dowhigh and Sefton Concil on a number of projects.

Aggregate Industries suggested the use of its new SuperCurve product, a high-performance 10mm polymer modified asphalt designed and engineered to provide an enhanced surface course for higher stressed areas.

It was crucial that the work could be completed quickly, as road closures and traffic diversions would need to be put in place, and Aggregate Industries didn’t disappoint.

The Aggregate team saw Phase 1 completed between 10am and 3pm in 2017, and Phase 2 finished between 8pm and 2am in 2018, causing minimal disruptions and meeting the client’s limited timeframe. The process involved Dowhigh laying SuperCurve using two of its pavers working in echelon, which minimised the longitudinal and cross joints where HGVs would travel into the port.

In addition, the carbon footprint of the project was significantly reduced due to Aggregate Industries’ tailored delivery strategy. Delivered straight from the firm’s asphalt plant in Bootle, it took a seven-mile round trip to supply 1,022 tonnes of SuperCurve. Excavated materials that weren’t needed were transported to Dowhigh’s recycling depot, which entailed just a four-mile round trip.

Charlotte O’Connell, Territory Sales Manager at Aggregate Industries, comments: “As a busy main route in and out of the Seaforth Docks at the Port of Liverpool, this stretch of carriageway sees large volumes of HGVs passing through day after day, which unsurprisingly led to the rapid deterioration of the existing surface.

“With extensive industry knowledge and expertise in creating bespoke asphalt solutions, we’re delighted our pioneering new SuperCurve has succeeded in creating a durable and long-lasting surface, as well as being able to successfully meet the client’s ambitious surfacing schedule.”

Peter Allard, Director at Dowhigh, comments: “We were keen to use a material offering enhanced strength and longevity, and SuperCurve didn’t disappoint. I’d like to thank Aggregate Industries for delivering a first class service throughout, including fast and efficient surfacing as well as taking care of recycling the materials used in the project.” 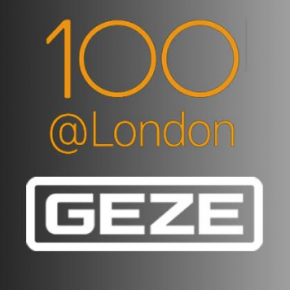 GEZE UK will be taking part in [email protected] – one of the unique International Networking Event and Dinner series. 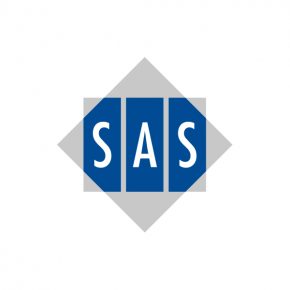 Celebrate sustainability on #AluminiumDay with Senior

Senior Architectural Systems is inviting the industry to take part in its dedicated social media event on Friday 13 March, with sustainability as the key theme. 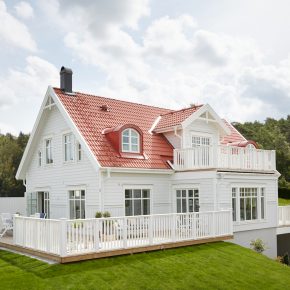 Jeremy English, Sales Director at Södra Wood UK, explains how timber is perfectly placed to meet the needs of the UK construction industry.