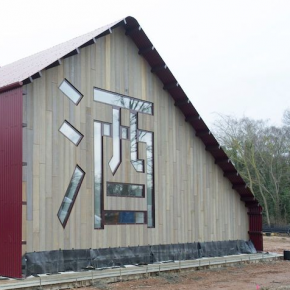 Hush Acoustics have played a crucial role in providing an acoustic solution for the Dojima Sake Brewery in Cambridgeshire.

In a project that lasted over 12 months, Hush were able to install the Hush Panel 28 and accessories within a couple of weeks after being delivered to the site.

The acoustic aim on the site was to achieve impact noise reduction in the Sake Brewery visitors centre.

The concern of the first Sake Brewery in the UK was excessive impact noise from the busy areas through the floors.

Impact reduction is vital between the busy areas, with the Hush Panel 28 being used to isolate the structure, which is key for impact noise reduction.

The Hashimoto family are bringing the first UK Dojima Sake Brewery to the beautiful, historic gardens of Fordham Abbey Estate in Cambridgeshire.

The Sake Brewery was founded 600 years ago in Osaka and is set to be a fantastic cultural addition to the stunning Georgian Abbey.

The Brewery, along with Visitor Centre, Café and Shop, are the first plans in a series of developments planned for the estate, in an effort to bring more culture and new uses for the 75 acre historic estate.

This first stage of developments will open to the public in autumn this year, with the Brewery already starting their testing in April this year.

Hush Panel 28 has been designed to exceed the current Building Regulation requirements of Part E (England and Wales), Part H (Scotland) and Part G (Northern Ireland) throughout the UK.

Hush’s historic and market-leading reputation was a key reason for its range being selected for the development.

As the original and oldest specialist manufacturer of acoustic materials, it was vital to guarantee the best advice and the correct product was opted for.

Hush worked with Alinda Barua from SCABAL Architects (Studio Cullinan and Buck Architects Ltd) to meet this required specification; a supreme working relationship between the architect and the Hush Technical team, which is headed by David Holder, swiftly developed.

Hush say it is looking forward to visiting when it’s open, both to sample some Sake and inspect its work. 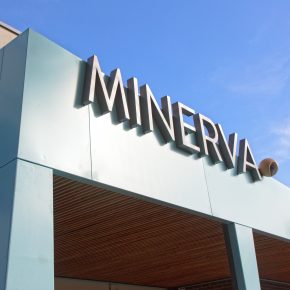 The Glass and Glazing Federation (GGF) has received many calls and emails from anxious Members regarding the Government’s new Green Homes Grant Scheme.