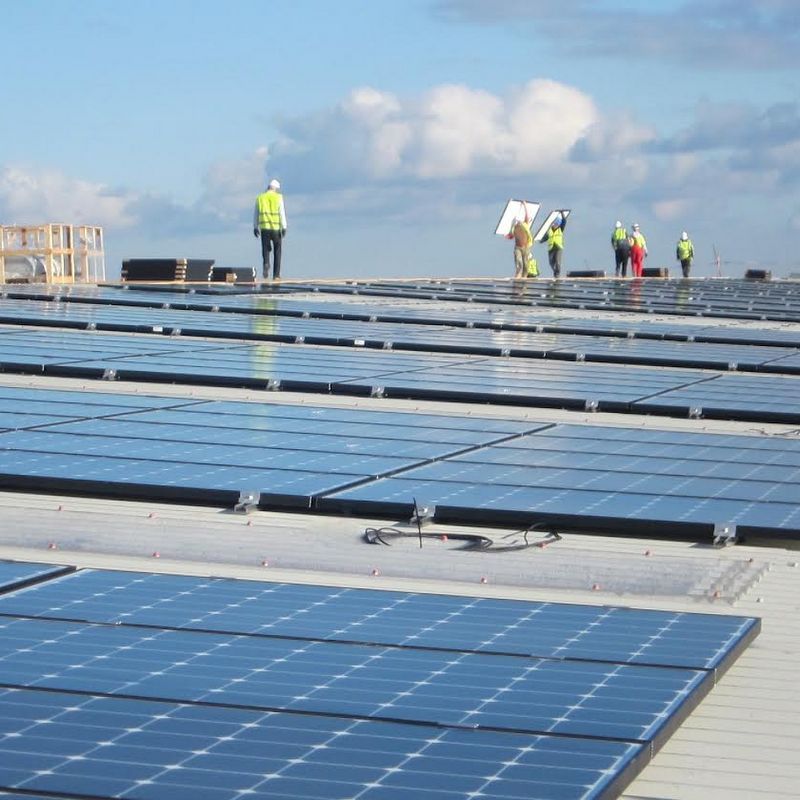 Hitachi Rail Europe will have 20 years of cost-effective power and environmental benefits from andpound;82 million, a 1MW solar PV system being installed at the 44000 m2, Hitachi Rail Europe’s first train manufacturing facility in Europe that will initially be used to manufacture the new Intercity Express trains which will operate on the Great Western Main Line and East Coast Main Line.

The PV system will be financed by Macquarie Lending, with Hitachi Rail benefiting from a Power Purchase Agreement, which initially offers electricity discounted to current rates and the certainty of the price being linked to RPI over the next twenty years.

This is the initial project under a framework agreement between solar PV supplier and installer Photon Energy Ltd and Macquarie Lending, which will enable organisations with large roof areas to benefit from long term low cost ‘green’ electricity and lower carbon emissions without investing in the infrastructure.

Owners of buildings benefit from the certainty of linking their electricity price to RPI for 20 years, and a smaller carbon footprint due to their use of solar power. At the end of the 20 year contract period they take on ownership of the solar PV installation and will continue to benefit from the power generated for the remainder of the working life of the solar PV modules.

Rob Alford, Photon Energy commercial manager:ñThe arrangement lends itself to such applications as data centres, distribution hubs, manufacturing facilities and airports. It is suitable for organisations with extensive roof space that also use a lot of electricity, without involving them in capital expenditure they may not wish to make.î