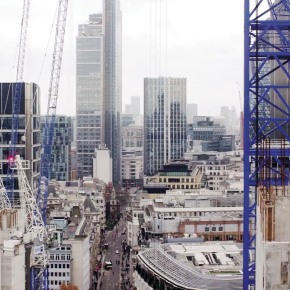 2017 predictions for the construction industry

Ian Anfield, managing director for construction audit and contract provider, Hudson Contract, shares his predictions for the industry in 2017 in the latest issue of ABC+D magazine.

There’s no escaping the fact that Brexit will dominate the news and political agenda in 2017 and will have a massive impact on UK construction.

This is primarily because we rely so heavily on EU labour to man our construction sites. Possible trade tariffs and US protectionism could shake up the materials markets in 2017, as well as the weakening of the pound increasing the cost of imported goods.

Government policy around planning, the funding of infrastructure enhancements around new residential developments, social housing schemes, building on green belts and penalties for land banking by the major housebuilders will have far more impact on housebuilding outside the M25 than Brexit.

The arm wrestle between the major housebuilders and the Government will continue into 2017, but let’s hope that smaller developers are not forgotten. 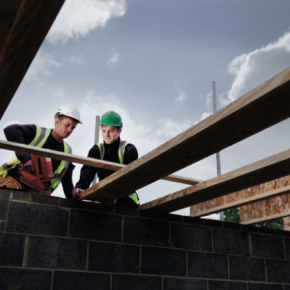 “potentially, there could be a big name casualty if investors lose confidence in the UK market” Ian Anfield, Hudson Contract

The London property bubble did not burst in 2016, but it definitely lost some air. 2017 could see the pressure continue to fall. However, instability in other European nations triggered by elections in France, Germany and Italy, and the fact that foreign investors now get more for their money, could soon see London return to bursting point in the next 12 months.

2017 will be dominated by discussion about when all this will bite and, potentially, there could be a big name casualty if investors lose confidence in the UK market.

Thee is already talk of skills shortages – downgraded from a skills crisis. My prediction is that whichever language you use, for 2017 we may see inflation in pay rates but building schemes will not be shelved due to a lack of labour. The rates commanded by self-employed tradesmen have increased 12% in the last three years, so a further 3% increase in 2017 would be a sensible forecast.

2017 also sees the merger between UNITE and UCATT, following the financial collapse under falling membership of construction’s only dedicated union UCATT. UNITE is already flexing its muscles on Crossrail which is dogged by disputes over bonuses and how far workers are expected to walk before they find a portaloo. 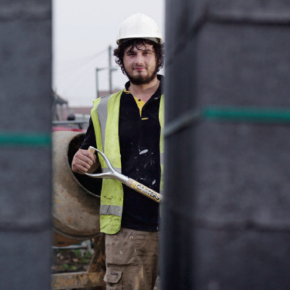 It will no doubt also be targeting the next batch of major infrastructure projects such as HS2, on which £900m of enabling works starts in spring.

The next 12 months may also herald the end of another institution – The Construction Industry Training Board (CITB). The chief executive, Adrian Belton, resigned in December while the organisation fights to prove it still has a place in a modern industry, 50 years after it was created and given levy raising powers.

The Department for Education could well decide the CITB’s fate when it publishes a review in April, or it could be left to the industry itself when it is due to be given a vote on levy raising powers in August.

One of the major obstacles for the CITB is the Government’s Apprenticeship Levy which, from April 2017, will gather a new levy to fund 3 million apprenticeships. Firms which have a payroll of more than £3m per year will contribute through their RTI HMRC submissions and the money will be dished- out to anyone who takes on an apprentice – levy payer or not – through the Skills Funding Agency.

There are some potential dark clouds on the horizon which hopefully will pass us all by. However, when all is said and done, there are still plenty of reasons for builders, engineers, surveyors and architects to be optimistic about 2017.