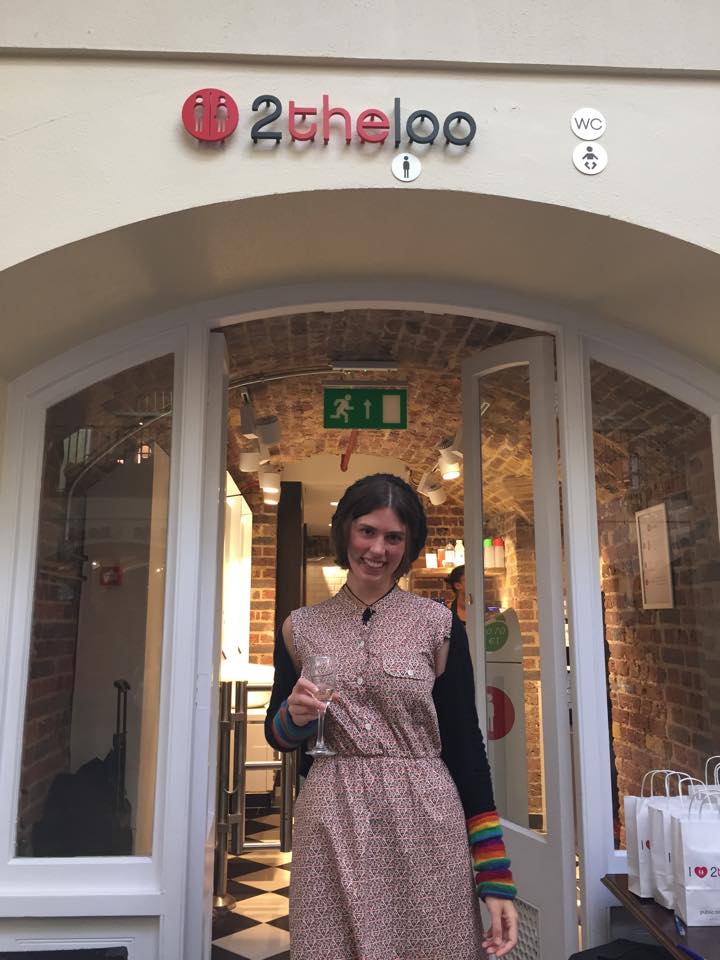 Rachel reports on the opening of 2theloo in Covent Garden, London, a new concept in public toilets that has taken Europe by storm with more than 200 venues and over 10m visitors.

When I first moved to London in 2011 I was appalled at the idea of having to spend-a penny to pay to use the toilet. An obsession with fee evasion turned into a passion and a career in toilet history which, ironically, lead me to a greater appreciation that you get what you pay for.

2theloois a unique concept the worlds first toilet shop which aims to be a better than at home toilet. On entering the facility you pay at the turnstile, but receive a voucher which can then be spent either at their own shop or in a partner business. I visited their pilot store in Amsterdam in 2014 (Read that blog post here.) They have been taking Europe by storm with over 200 venues opened since 2011, and now they have reached the UK.

August 26th marked the official opening of their new site in Covent Garden. The venue is neatly tucked inside two arches (one for gents one for ladies) on the lower ground floor of the market.

In a way 2theloo represents a return to the civic pride that Victorians took in Londons early public conveniences. When Sanitary Engineer George Jennings opened his controversial retiring rooms at the Crystal Palace for the Great Exhibition of 1851 spending a penny got you not just a receptacle in which to do your business but a guaranteed pleasant place to freshen up, a towel, a comb and even a shoe shine. Ones toilet, after all, traditionally included the whole process of washing and dressing before it became the euphemism it is today.

People were intrigued, and the toilets 827,280 visitors brought in a profit of over andpound;2,000. The remainder of the century might be said to be the golden age of toilets if there ever was one, as legatorial entrepreneurs tried to meet the needs of Londons growing population.

Since the early 1900s public facilities have devolvedsomewhat. Indeed, many now make it a point to get users in an out as quickly as possible, designing environments that are just tolerable enough to visit without being so hospitable that youll want to hang around longer than strictly necessary and do.

When 2theloo state Its our mission to make the absolute most of your toilet break, they mean what they say. The facility is pleasant and clean and each cubicle is decorated with pictures of Covent Garden. The washbasins look like they belong in a posh hotel, and the ladies side has a separate area for freshening up makeup. In a progressive nod to shifting gender roles there are baby change facilities in both the ladies and the gents.

A visit to the Covent Garden 2theLoo costs 70p, and the machine even dispenses change a rarity for UK public toilets!

The facility is open 10am-9pm daily. If you go try to make sure you enter on the correct side (the Gents and Ladies markings are subtle.)

. and here ia a link to link to London Loo Tours