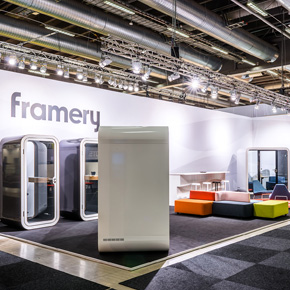 With just over three weeks to go until Smart Building 2016, Buildingtalk previews a host of the new products, materials and services planned to launch at the October event as part of UK Construction Week.

One of the most talked about products due to be launched at this year’s event is the Framery Q Booth (pictured above), an acoustic ‘phone booth’ style space designed to improve office productivity.

The O Booth, a previous model of the Framery Q Booth, has received critical acclaim over the past year, picking up several industry awards including the ‘Best of NeoCon Gold Award’ in Chicago and ‘Best in Show’ at the IIDEX Canada 2015 Innovation Awards.

Smart Building 2016 will be the first time that the product has been exhibited in the UK.

The Belgian manufacturer of high-end home automation devices, TENSE, will be bringing its new range of smart wooden switches to the UK for the first time.

The wooden switches are fully programmable and can be fully integrated into any project through KNX or other systems including 230V. The switches will be sold exclusively by Home of Technologies Limited.

GlazeAlarm will also be debuting its ‘Internet of Things’ home automation device at the show. The wireless shock and relative humidity sensor system is installed within a double-glazed window during manufacture to allow users to know immediately if the glass has been broken.

In addition to running an exciting competition to win a Sonos Playbar on each day of the show, smart technology specialists Union will be launching its brand new ONE service.

ONE aims to tackle the issue of having multiple contractors on site working on individual aspects of smart technology installation.

Sonte will also be bringing its recently launched smart glass retrofit solution, Sonte Switchable Glass, to Smart Building 2016. The Wifi controlled adhesive smart film can change between transparent and opaque glass through the press of a button on the user’s smartphone. What’s more, the film can be retrofitted to existing glass installations. 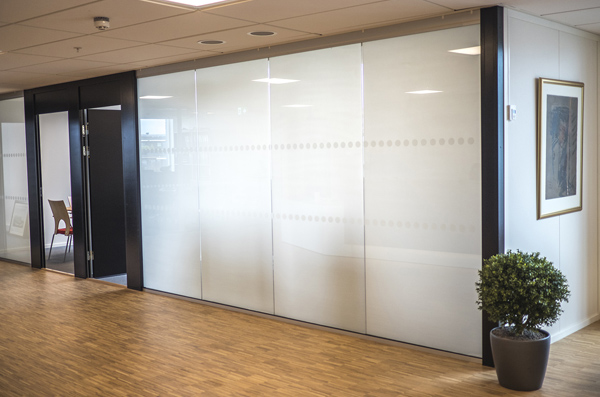 Sonte Switchable Glass can switch between transparent and opaque through a smartphone application.

Sonte will also be running a competition for non-trade & trade customers at its stand with an opportunity to win discounts off its products.

Other industry leading companies showing off their latest innovations include Panasonic, KNX UK, Voltimum and Savant. Smart Buildings 2016 will take place as part of UK Construction Week at the Birmingham NEC from 18th – 20th October.