On a national basis, the biggest contribution towards the increase in UK house prices came from England, which saw a 6.5 per cent increase up to £235,000 on average. 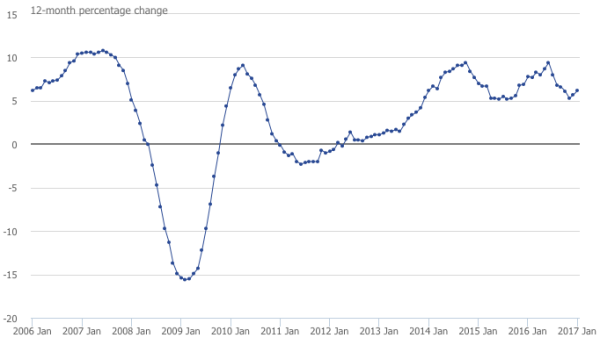 London remains by far the most expensive region to purchase property, with the average house costing £491,000, followed by the South East (£319,000 avg) and the East of England (£279,000 avg). The East of England also saw the highest annual growth, with prices up 9.4 per cent compared to January 2016.

The North East saw the lowest growth, where prices increased by just 2.2 per cent over the year to £124,000. 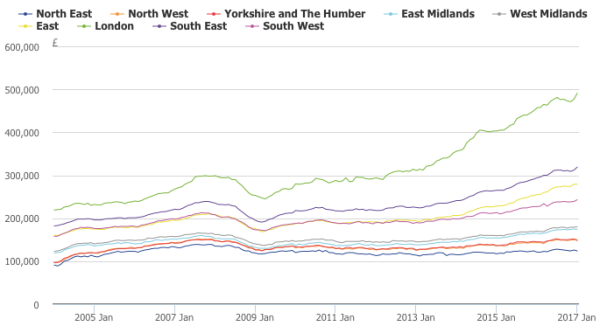 Despite the increase across all regions of the UK, the figure still remains below the average annual house price growth seen in 2016 of 7.4 per cent. Garrington Property Finders managing director, Jonathan Hopper, commented on the figures released today: “All three of the UK’s fastest-rising markets have slipped below the double-digit rates of annual price growth they were clocking in 2016.

Such blistering price inflation was always going to be unsustainable, and across the UK prices are now rising at a more halting pace as an uneasy standoff plays out between cautious buyers and sellers who know they have less competition than usual.

While the lack of supply is steadily nudging up average prices, pragmatic vendors are realising that this is anything but a seller’s market. Astute buyers are increasingly able to ask for, and secure, sizeable discounts. Buyer confidence is not unlimited though, and on the front line we’re seeing that househunters, though committed, are highly price-sensitive.

Today’s surge in consumer inflation past the Bank of England’s 2% target will pare back people’s purchasing power and increase the likelihood of an interest rate rise. As a result buyer caution will become an increasingly dominant force in 2017. Further price rises will come, but the progress will be modest.”