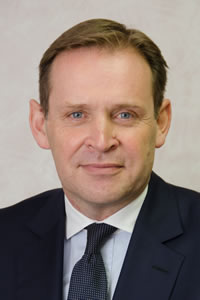 Ken took on responsibility for all of the Superglass business’ operational activity when he was promoted to the position of Superglass Insulation’s managing director earlier this year.

Ken Munro has been appointed as CEO for Superglass

Now, he has moved into a position of overall leadership over the Superglass group.

Ken’s appointment follows an extensive recruitment process, which considered internal candidates, as well as external ones.

Ken was identified as the best applicant; the board has welcomed his appointment, having expressed its eagerness to support him in implementing his vision for the future.

Since the conclusion of the recruitment process, Alex McLeod has stepped down from the board with immediate effect.

He has been commended for his contribution to the company over the past 6 years.

John Colley will also step down as chairman of the board; the search has begun for his replacement, whilst Mark Cubitt acts as interim.