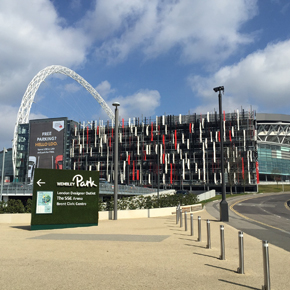 A New Dawn for Wembley

Fifty years ago the attention of the world was focused on Wembley. The iconic towers of Wembley Stadium provided the backdrop for one of the most exciting games of football ever played. In arguably the nation’s proudest sporting achievement, England beat West Germany 4-2 after extra time in the World Cup final on July 30.

Wembley had always been the focal point of English football and thanks to that dramatic match, for a time it became the centre of the world. For decades Wembley was synonymous with football and, latterly with large concerts and events.

However, despite the strength of Wembley Stadium as a brand, the area it is built in – Wembley Park – never truly capitalised. Footfall during events was massive and over decades millions of visitors passed through but they never stayed long and by the turn of the millennium, Wembley Park was faded, run down and under-utilised. Infrastructure struggled to cope with large events, few people lived there and the only businesses were mainly focused on serving the arena or stadium. 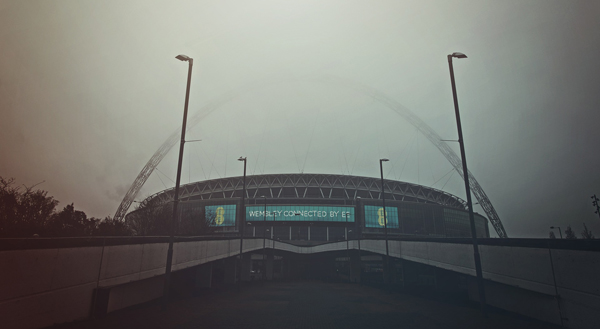 Today however, as the nation celebrates the 50th anniversary of England’s only world cup win, Wembley is undergoing one of the biggest urban renewals in British history.

The seeds of transformation were sown when the old stadium was demolished in 2003 and replaced by a modern, 90,000 seater Foster and Partners designed stadium which opened in 2007. With the urban renewal around Olympic Park in Stratford as inspiration, Brent Council which administers the Wembley area, began to draw up plans to revive Wembley Park. In 2013 the London Retail Outlet shopping park was opened.

Today it draws more visitors a year than the stadium. Then, in 2015 the local authority launched Wembley Calling, a white paper laying out an ambitious vision for the area over the next ten years.  Earlier this year it gave the formal go ahead for a £2.5bn regeneration scheme around the stadium which will see up to 4,850 new residential properties developed along with 350,000sq ft of new offices and shops, two new hotels, a new seven-acre public park, student accommodation and a primary school.

Despite some objections to the size and scale of the scheme, the council decided to give developer Quintain outline planning permission for the construction of seven residential and commercial tower blocks of up to 19 storeys.  Millions of pounds of investment will turn the locale into a thriving neighbourhood and business area, with a start-up hub to rival the Silicon Roundabout in east London. According to the Mayor of London, eventually the area could see approximately 11,500 new homes and 10,000 new jobs.

LSC Group, a construction specialist based in Southampton, has been involved in the 20 storey build. The facades specialist has been working closely with contractors and architects to ensure the finished building meets design requirements. It has been responsible for fitting the building curtain wall, windows, doors, cladding and render.

Group Managing Director Andy McKechnie said: “It is always fantastic to work on or near a great landmark, especially one as iconic and world renowned as Wembley. The project is adjacent the main ramp so any photographs of the site inevitably feature the arch in some way.

“The regeneration around the stadium has been fantastic not just aesthetically but it is also great for the local economy as it is creating many jobs.

“The fact that we are getting ready to celebrate the fifty-year anniversary of England winning the World Cup suggests we are an extremely proud footballing nation and that will always be part of the lure of Wembley. The venue also hosts other sports and music events which also draw huge crowds. As a stadium it supports the local area and as a landmark enables developers to maximise the potential from surrounding building plots.” 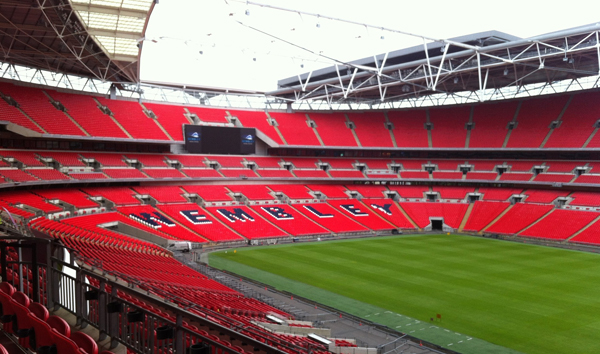 As the LSC project nears completion, the rest of the Wembley Park region is undergoing seismic change. An £80m infrastructure upgrade has installed wires, pipes and roads and new developments are now starting to come online, such as the refurbished York House, a former run-down serviced office space, decorated with a lurid St George’s Cross that covered the entire building. It is now home to over 40 businesses, many of which are young, growing firms.

And these developments are just the beginning. It is estimated the total regeneration programme could take 20 years to complete. When it is all over, Wembley will be transformed but thanks to the centre-piece stadium, football and the heroic team of ’66 will still be at Wembley’s heart.