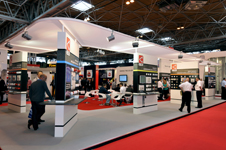 Addressable protocol fire alarm system to be unveiled at Firex

The company will be exhibiting on Stand G140, where its new range of visual alarm devices (VADs) will also be on display.

In addition to this, its ZFP range of touchscreen-controlled addressable fire panels will be on display.