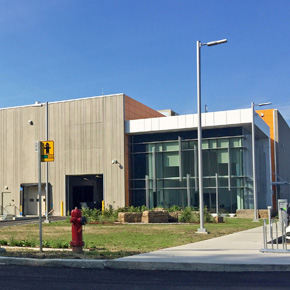 Advanced has partnered up with Roberts Fire Protection to supply an intelligent fire system to Hydro-Québec’s new data centre, currently under construction near Montréal.

Hydro-Québec is the world’s largest hydroelectric producer, generating more than 99 percent of its electricity from water.

The company has commissioned a consortium including Veolia, Pomerleau and Ehvert to finance, design, build and operate a new dedicated data centre located just outside of Montréal for its operations. The centre will see its power capacity expand progressively from 1.6 megawatts (MW) over the 20-year contract period.

Hydro-Québec’s data centres are dedicated spaces in which the company can keep and operate its ICT infrastructure. Data centres typically have a strictly controlled environment in terms of temperature and humidity and include over C$100 million of equipment such as power supplies, backup power, chillers, cabling, fire and water detection systems and security controls.

All the equipment is controlled by and linked to three CAN/ULC S-527 certified Axis AX fire panels, which are then integrated with a third-party control panels that operates the sprinkler pre-action system.