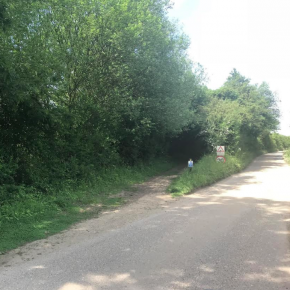 Aggregate Industries is warning visitors to the popular Paxton Pits Nature Reserve in Cambridge, neighbouring the Aggregate owned Little Paxton Quarry, of the dangers of wandering off the designated footpaths.

Owned and operated by Aggregate Industries, Little Paxton Quarry sits on a site of special scientific interest, next to the Paxton Pits Nature Reserve.

The well-visited, biodiverse reserve stretches over 78 hectares of lakes, meadows, grassland and woodland, the quarry regularly receives visitors keen to explore the site’s extensive wildlife of birds, insects and flora.

The reserve features a two-mile wildlife route which crosses the quarry’s access routes at several points. Aggregate Industries is raising concerns about members of the public putting themselves in danger from oncoming traffic while walking on roads used to transport quarry materials.

Matthew Sharpe, Quarry Operations Manager at Aggregate Industries, comments: “We take the issue of public safety incredibly seriously and would like to warn visitors of the dangers of wandering off the designated footpaths on to high-traffic access roads following a number of incidents in recent years which have raised concerns.”