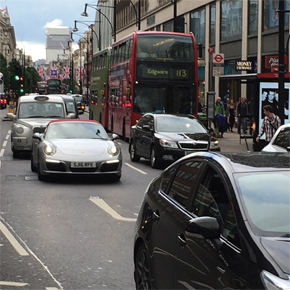 Air pollution high on the agenda

With air pollution hitting the headlines and London’s new mayor pledging hard hitting measures for cleaner air, GEZE UK is urging retailers, architects and specifiers to do their bit when specifying entrance systems to keep pollution out and the benefits of air conditioning in. ABC+D discovers more…

As the primary sponsor of the Close the Door Campaign, GEZE UK is urging retailers to help themselves, customers and the wider public by keeping shop doors closed during the heady months of summer.

It’s easy to spot the offenders – just take a walk down any busy high street and see retailers who have thrown open their doors – many next to busy roads and junctions. The resulting traffic emissions make shop environments far less pleasant places to be and bump up the owners’ energy bills by making air conditioning systems far less efficient. 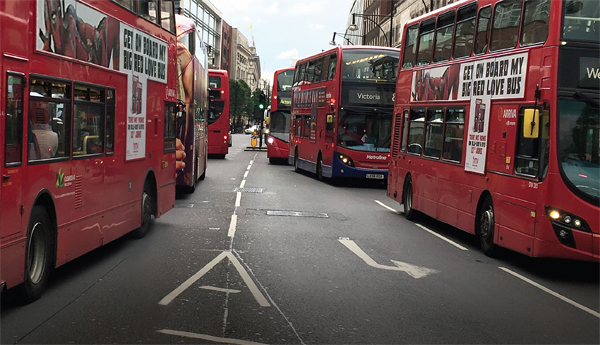 A report by Public Health England (PHE) has shown that pollution shortens the average Briton’s life expectancy by six months and that one in 12 deaths in some parts of the county – a staggering 30,000 a year – can be partly attributed to poor air quality.

It is in our cities – where pedestrianised areas and arterial traffic flows have to be balanced – that air pollution levels are at their highest. It’s bad news for city shopping centres – as temperatures increase during the summer months, so does the risk of prevailing smog.

London’s new mayor, Sadiq Khan, has said that he wants to be the greenest Mayor London has ever had and aims to improve the capital’s pollution problems by pedestrianising popular shopping areas such as Oxford Street and increasing green public spaces, described as “crucial lungs for the city”.

In addition to these plans, simple practical measures can also make a big difference. Independent research from Imperial College and Kings College London found that closing the door reduces airborne pollution in shops by a third – minimising levels of three airborne pollutants – PM2.5, black carbon and NO2 – during working hours.

Poor air quality particularly affects those with underlying health problems including respiratory illnesses like asthma or COPD (chronic obstructive pulmonary disease) as well as cardiovascular conditions which leads to spikes in ambulance calls during the summer.

City centre shops suffer from their proximity to traffic and related congestion, with diesel exhaust emissions having the most significant impact, having been classified by the World Health Organisation as a Group One carcinogen. Diesel has been dubbed a silent killer as the particles it throws into the air have little taste or smell and, in addition to its long-term effects to health, it can also trigger immediate symptoms such as irritation of the eyes, throat and lungs, headache, heartburn and nausea – an uncomfortable consequence to a day’s work or shopping.

Kaz Spiewakowski, managing director at GEZE UK explained that specifying the right door for a refurbishment or new build will help retailers improve air quality in their stores and contribute to energy efficiency by allowing air conditioning systems to work more effectively:

“This is clearly a significant issue which is currently hitting the headlines as campaigners and politicians battle to manage the wider issues which affect our environment. But we must all play our part and make our shopping and work environments safer and more pleasant environments by ensuring that the correct doors are fitted and remain closed during the summer months.”

“It is important that in developing new premises, architects and specifiers take account of the environment in which they are located and select the right products to minimise the impact of exhaust emissions. It is equally important for those who manage such premises to consider using them in an appropriate manner and not override automatic systems or prop open manual doors.”

Jeannie Dawkins, founder of the Close The Door campaign said: “Air quality across UK towns and cities is now routinely poor. Most of our air pollution comes from diesel emissions, a Group 1 carcinogen with no safe level for human health. This pollution is largely invisible, tasteless and odourless. UK deaths from air pollution are at 30,000 annually and rising; a stark figure in comparison to 1,700 annual road deaths.

Many of these deaths are associated with spending time on or near roads. Serious chronic illness is a future threat for thousands more. Shops with their doors open to the road present a serious and avoidable danger to the health of their staff and customers.

“Many thousands of shops across the UK now trade very well with a closed door, from the highly successful and innovative John Lewis Partnership down to small independents. Creating a calm atmosphere and increasing wellbeing in-store increases enjoyment of surroundings and time spent browsing. In these times of radical change on the high street, successful retail requires bricks and mortar shops to compete/complement online sales by providing an excellent experience. Open door policies are not only hazardous to health but outdated.”