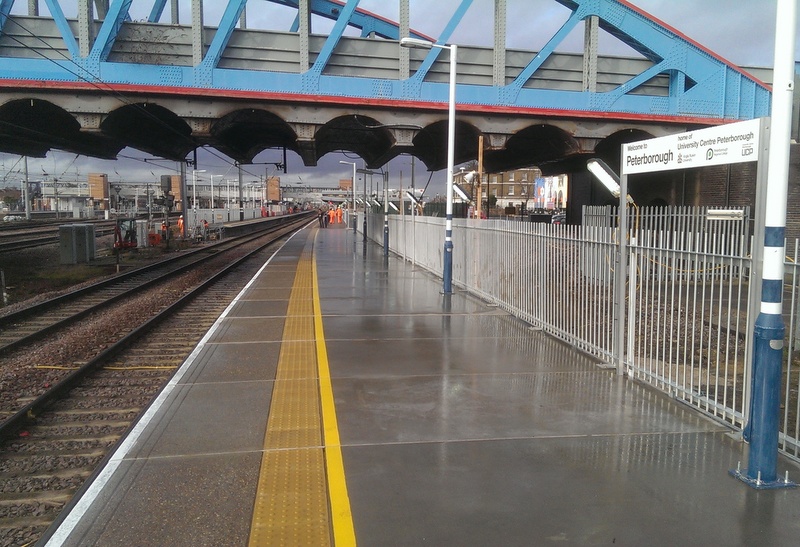 The modular polystyrene option was chosen as an alternative to traditional build using concrete or modular steel. The new system, available from MegaTech Projects. They are approved designers, suppliers and installers of the Network Rail standard design capable of meeting all of the European and Network Rail standards for strength, durability, fire and chemical resistance with a minimum expected design life of sixty years.

The new modular system delivered to site in just 73 hours  (half of this half was for removal of the existing infrastructure).  Advantages for Network Rail included

The use of polystyrene technology in Europe is well established but relatively new for UK transport infrastructure applications in the rail industry.

Phil Verster, Route Managing Director for Network Rail explained how the innovation demonstrated here paid real dividends for the project. We need to embrace these new technologies and adopt new ways of working if we are to deliver our essential improvements whilst maintaining an acceptable level of service continuity for our customers throughout our next five years of investment.  This platform extension is a good example of what can be achieved through challenging the norm.

Eliminating the need for foundations

The project team and contractors Carillion worked with MegaTech Projects to develop the design and deliver installation of the 30 large polystyrene blocks and matching concrete surface panels.

Network Rail confirmed that significant benefits included the fact that the project had been four times quicker to construct than a traditional concrete build and 2-3 times faster than using a modular steel solution. The design eliminated the need for foundations, minimised the risk of striking buried services and meant less material from excavation.

David Emes , Chairman of the EPS Group of the British Plastics Federation pointed to the environmental advantages of polystyrene:

The work at Peterborough is crucial to Network Rail’s ongoing programme of improving capacity and reliability on Britain’s busy high-speed East Coast’ line.

Programme Manager Steve Coe, who managed the project said that the platform at Peterborough is very busy so minimising passenger disruption made modular polystyrene the best option because the speed of build generated tangible benefits to the project.

The success of these projects with the cost and time-saving advantages means the UK expanded polystyrene industry can expect innovative use of this material to be taken up even more widely in major transport and civil engineering projects.