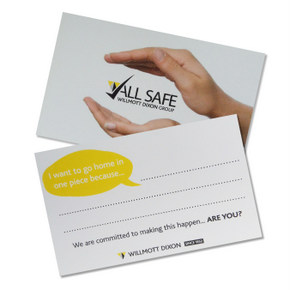 All Safe initiative to impact construction industry Health and Safety

How Dylan Skelhorn, Willmott Dixon’s ‘All Safe’ programme Ambassador, will help save lives in the fight for safer working practices and help reduce the 66,000 work-related accidents reported in the construction sector last year.

Whilst the UK construction sector has made massive inroads to the improvement of its Health and Safety practices over recent decades, the average occurrence of work-related injury in our sector remains higher than the national average across all other industries.

As one of the UK’s largest contractors, Willmott Dixon takes serious responsibility for the safety of its operatives, continually encouraging a culture of zero tolerance towards all unsafe behaviours. Their ‘All Safe’ Health and Safety culture change initiative is not only standard practice across all Willmott Dixon sites, but the recent introduction of their new All Safe Ambassador Dylan Skelhorn, is having a measureable impact on industry colleagues.

How Dylan’s role as All Safe Ambassador came about, and why it is vital in the fight for safer working practices. 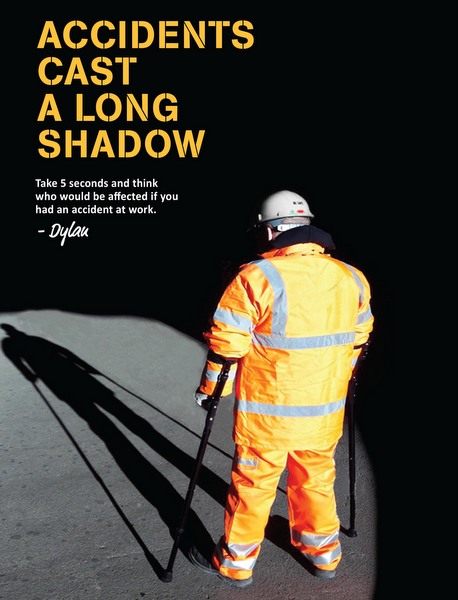 In 2011, Dylan Skelhorn was a fit and healthy 30 year old who had previously worked as a retained fire-fighter. Working as a solid fuel engineer for a small chimney specialist and roofing company, he had been aware from the outset that certain practices within the company weren’t right, but like everyone else during the recession, was not in a position to sacrifice his job by raising his concerns.

Dylan continued to fight what his instincts were telling him, until the inevitable happened.

Having been asked to clean a chimney from on top of a roof using no safety equipment, (as oppose to the usual procedure of going up the chimney from the bottom), Dylan was immediately uncomfortable and questioned it with his employer. He was advised that the company had received ‘special dispensation’ from the HSE, negating the need for fall protection. He was told that if he were to attach himself to the chimney and the stack should happen to collapse, he would be taken down with it, so for this reason an exception was made and equipment was not required.

When requesting to see the dispensation letter for himself, unsurprisingly Dylan’s request was denied and he was given the choice to either continue with his work, or leave the company’s employment.

In hindsight, Dylan now wishes he’d acted on his instinct. The ageing chimney stack did collapse and Dylan was sent speeding off the roof, onto a garden wall more than 10 metres below. He suffered 2 broken ribs, a punctured lung and he snapped his pelvis on both sides, which has since caused the onset of degenerative arthritis. Now at age 37, Dylan is 40 percent disabled and cannot walk without the aide of crutches. He suffers constant chronic pain and bladder infections caused by the incorrect application of a catheter when he was first admitted to hospital. He relies on a cocktail of 744 pills every month to manage his pain and can no longer do the things he always enjoyed.

In addition to the physical pain he has endured since the accident, Dylan has also had to battle with the mental pressures of being secretly followed and filmed by the insurance company responsible for his claim, and the personal responsibility he feels for the eight work colleagues who lost their jobs when the company he had been working for closed down as a result of his accident. The government also stopped his benefits, claiming he was fit to work with his crutches.

Most people reading this will have enough empathy to imagine themselves in Dylan’s shoes, but the reality is, it took just a few seconds for Dylan to make the decision that changed his life forever and no-one can ever fully appreciate the gravitas of such massive changes, until it’s too late.

In the period following Dylan’s accident, he decided to channel his efforts into campaigning for increased Health and Safety awareness across the industry, creating “Safety Up” through which he delivered motivational speeches nationwide. It was his work with Safety Up that led to Dylan’s meeting with Mark French, Head of Health, Safety and Environment for Willmott Dixon Group.

In January 2017, Willmott Dixon Group announced that they had employed Dylan as their Ambassador for the All Safe initiative, an industry first which aims to encourage a zero tolerance approach to all unsafe behaviours at every one of their project sites across the UK.

Dylan visits the sites, talking openly about his own experience and the effect it has had on his own life and the lives of those he cares about. 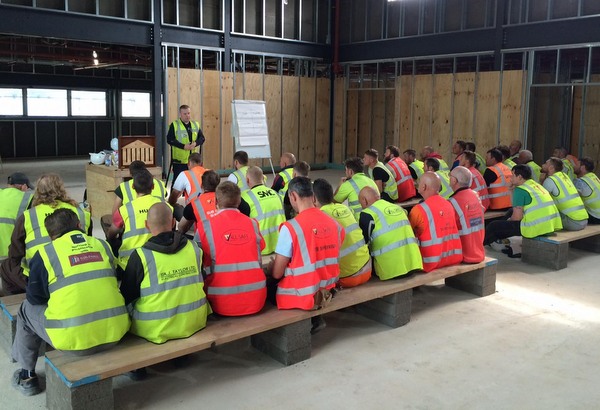 He explains: “Every single person attending one of my talks will, at some stage, have felt uneasy about something they were being asked to do on site, or something they could see others doing, or had previously done themselves at work. But they often feel powerless to raise their concerns. So, by showing them, first hand, what the consequences can be, it shines a spotlight on their own behaviour and makes them realise how simple actions can either cause or prevent devastating accidents.”

In support of the message that Dylan delivers, operatives are all issued with a simple, but highly powerful plastic card. The card displays the statement, “I want to go home in one piece because…” and the card-holder is asked to complete the statement which will more often than not, involve their family and/or financial responsibilities.

If at any point the card-holder is made aware of unsafe or irresponsible behaviour on site, he has permission to hold up that card and bring the job to an immediate halt, with no fear of recriminations – in much the same way a football referee calls time on a player with a red card.

Dylan continues: “It might sound simple, but the card is unbelievably empowering. It gives people the confidence to voice their concerns, knowing they have the full support of their employer. In the few seconds it takes to raise the card and shout stop, an accident might be prevented. You can’t afford to turn a blind eye, thinking site safety is not your responsibility – it is everyone’s responsibility, but in return, employees need to know their decision to stop work will be supported.”

Right champion for All Safe programme 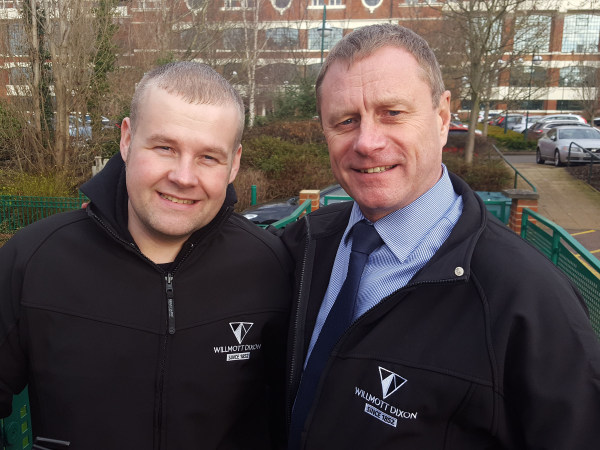 Mark French concludes: “The atmosphere at Dylan’s presentations is palpable – his presence clearly hits home and makes people think twice about everything they do on site that could have a safety consequence. As soon as I met Dylan I knew he was the right champion for the All Safe programme, and we are proud to have him on board in what is a unique position within our industry.”

Prior to Dylan joining the team, Willmott Dixon had already reported a near 50 percent drop in its accident frequency rate from 0.23 on 2015, to 0.13 in 2016. In the 7 years since the All Safe initiative was introduced, the company has seen a 200% increase in safety observations on site, with noticeable peaks in observations being seen every time Dylan completes a presentation.

With 66,000 work-related accidents reported in the construction sector in the year 2015-16* there is clearly still more work to be done, but even if our combined efforts encourage just one extra person to think twice before they act, or just one extra person to speak out about a problem, who knows how many extra families will be having dinner together as a result.