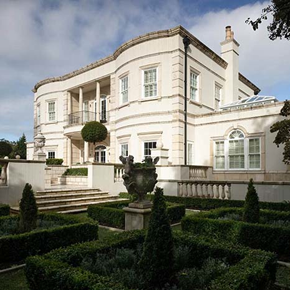 The award-winning Bankroll House in Cheshire has been refurbished using Alumasc render systems.

Installer Bruce Day commented that the system was specified due to the intricacies in the stonework, in addition to the balustrades and plinths in the garden, which required a robust and easy-to-install solution.

Both the MR Polymer Render System and Silicone Render Finish are BBA approved and fully warrantied. The systems are fully weather resistant, vapour permeable and less susceptible to cracking than traditional plain renders.