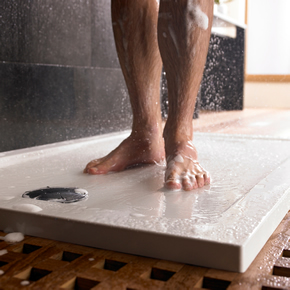 Mira Showers has launched a range of contemporary colour options for its stylish Flight Safe series of anti-slip shower trays.

Targeted at homeowners, retail showrooms and boutique hotels, Mira’s Flight Safe shower trays have been developed to offer both slip-resistance and style.

The shower trays have been re-released in several new colours: Anthracite Grey, Titanium Grey and Taupe. Each colour is available in Mira’s square, quadrant and rectangle sizes.

At 40mm high, the shower trays can be specified to create an understated wet room aesthetic. The trays comprise a scratch resistant acrylic-capped ABS plastic top and a recycled ABS plastic bottom sheet; a stone and resin mixture combines and reinforces the two.

The material incorporates anti-bacterial BioCote, which prevents discolouration and the growth of mould. As it is homogenous with the acrylic surface of the tray, BioCote will not peel off or wash away. 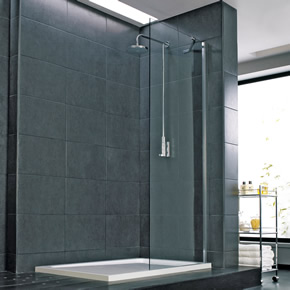 The trays have also been certified to Class C DIN 51097, an anti-slip test which consists of inclining a slippery tray until a barefoot subject slips off.

With Flight Safe, the subject remained in an upright position until the tray reached an angle of 30o.