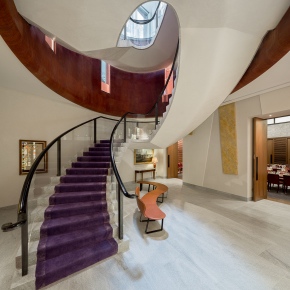 The Hall, based in London, was completed in 2016 and is the seventh Hall for the Leathersellers’ Company, one of the ancient Livery Companies in the City founded by royal charter in 1444. 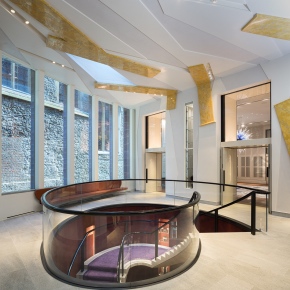 The hall features a spiral ovoid staircase and scagliola pilasters in the central Stair Hall. The architect has scattered the pilasters, seemingly at random, around the ceiling and walls of the stairwell. The pilasters are placed between raised panels of Armuralia polished plaster, set as a collapsing weave. 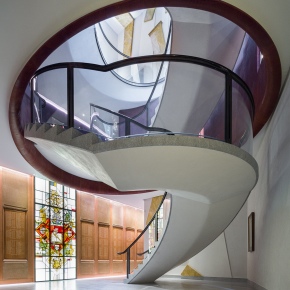 Armuralia polished plaster finishes the underside of the stair itself, complementing the original leather collar by the Bill Amberg studio. Armuralia is a silky smooth polished plaster finish with subtle tonal variations. It is made from aged lime putty and crushed Bianco Carrara marble, and creates a smooth or finely textured finish when applied by trowel.