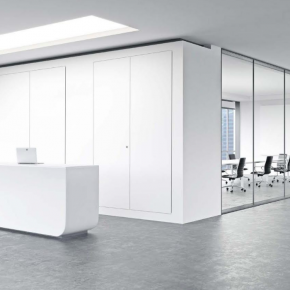 Aspex, amongst the UK’s leaders in architectural ironmongery and doorsets, has strengthened its Novista system with a new flush skirting system.

The Z Profile system is manufactured by AGS Systems, with Aspex being the exclusive distributor in the UK.

This will be showcased for the very first time at the world’s leading trade fair, BAU; the Munich-based show which is currently ongoing, finishing this Saturday (19th January). Aspex will feature at hall B5.314. 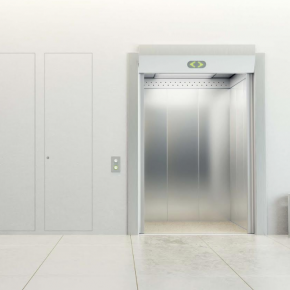 The video below explores the system in greater detail.

Installed on a number of high-profile projects – including the Facebook offices in London and Westminster residential development, Chelsea Barracks – Aspex’s Novista system allows doors to be concealed into walls, with no unsightly architraves.

Derived from a blend of English and Italian and meaning ‘no view’, there are three ranges of Novista concealed doors available – Novista Riser, Novista Doorsets and Novista Sliding.

Suitable for 12.5 and 15mm boarded walls, clip in aluminium profiles are available, or alternatively, timber or ceramic skirting can be used.

Ashley Burberry, MD at Aspex UK, commented: “Our Novista system is becoming increasingly popular with our customers as we’re able to provide a bespoke solution that will match a project’s individual requirements.

“We’re delighted that we’ve been able to build on our system even further with the new flush skirting offer which is easy to cut and install on site.

“We’re excited to be able to provide architects and specifiers with a full minimalist solution.

“We look forward to meeting new customers and showcasing the system at the BAU Exibition in Munich this month.”