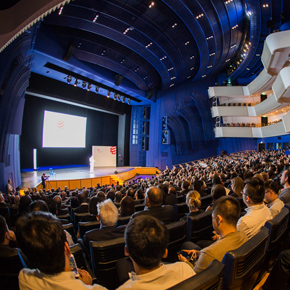 Automist Smartscan honoured at Built It and Red Dot awards

The Automist Smartscan by Plumis has been named the Best Home Technology Product at the Build It Awards 2016 and came out on top in the Product Design Category at the Red Dot: Best of the Best Awards.

Automist Smartscan has been independently tested by Exova Warrington Fire and confirmed as compliant to Approved Doc B, as per Clause 0.18, by meeting the performance requirements of BS 8458 2015. 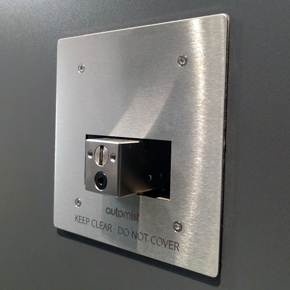 The Build It Awards, in association with BuildStore, recognise all aspects of self build and renovation, including completed projects, services and suppliers. The Automist Smartscan collected the award for Best Home Technology Product at the ceremony.

The product was also honoured on 4th July 2016 at the Red Dot: Best of the Best Awards. The jury said of the fire sprinkler alternative: “An innovative design concept that elevates the principle of fire sprinklers to a new level. The system is defined as an integrated part of the interior and equipped with highly advanced functionality.

The topic of fire safety is thus expanded by a pathbreaking novel interpretation. This fire sprinkler system emerged as a design element within a living space, unifying safety with elegance.”