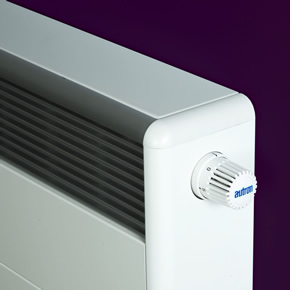 Known for its innovative heating emitters, Autron has exercised a presence in the UK’s Low Surface Temperature (LST) radiators market since the 1970s. Its products are widely specified by educational and healthcare authorities: they can be found in hospitals, medical centres, care homes, schools and nurseries across the UK.

Shortly after the company developed and introduced its black dipped steel plate and tube emitter, it was acquired by the AGM Group in 2002. This enabled further investment into its products; its aluminium plate and copper tube emitter were developed to be lighter in weight and more efficient, whilst the production process itself was made more economical.

The emitters were offered as standard across the Autron LST range. Despite a cease in trading, the brand is still widely recognised in the heating sector.

The future of Autron

After expressing an interest in the brand, Contour reached an agreement for acquisition with AGM Group. It has procured the Autron brand, existing stock assets and goodwill.

Contour intends to recommence the manufacture and marketing of Autron’s product ranges from its existing facility in the West Midlands. The acquisition provides both brands with an opportunity for growth: by combining its patented LST guard and casing technology with Autron’s emitter technology, Contour hopes to develop safer heating solutions with greater efficiency.