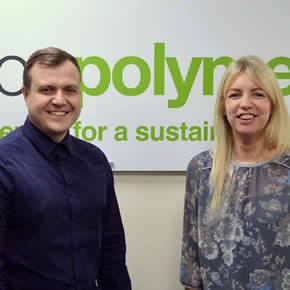 Axion Polymers has announced the appointment of Laura Smith as Commercial Operations Manager at its Salford-based plastics processing site.

Laura’s promotion follows the departure of Steve Bell, who is taking up a new management role after 15 years of working alongside Axion.

Laura will take on full responsibility for the technical performance and profitability of the plastic recycling business; she will also be tasked with growing production output and developing new products for the automotive, electricals and durable product sectors.

She takes over the job at Salford following success in developing new markets for separated materials, which are produced at Axion’s automotive shredder waste plant (SWAPP) in Trafford Park.