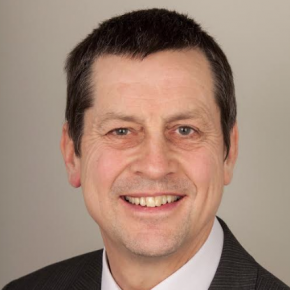 A 500ppm limit of flame retardant decaBDEs within recycled compounds and articles that looks set to be agreed by the EU Commission soon has been welcomed by Axion Polymers.

The company sees it as ‘leaving the door open’ for plastic recycling and the use of recyclate in new products.

The Manchester-based plastics recycler describes the 500ppm level in recycled plastics as a ‘workable’ solution, although it would be tougher to achieve than the proposed 1,000ppm in line with most REACH and RoHS regulations. Virgin polymers have a 10ppm limit.

Keith Freegard, Axion’s Associate Consultant (pictured above), commented: “Professional companies that have spent time trying to inform and address the EU Parliament in the management of decaBDEs in recycled plastics will welcome the recast of the EU directive as a sensible way forward.”

He believes that advanced separating, sorting and refining plants can hit the 500ppm limit for output plastic resins, adding: “It also means we can continue recycling plastics at our Trafford Park and Salford facilities, and crucially, that our customers can continue to use recycled plastics in eco-design components along circular economy principles.”

However, while the 500ppm is a workable compromise, the planned review in the EU after just two years could present further business challenges for recyclers, according to Keith, who believes this timescale is ‘too short’ for long-term projects.

He points out robust industry evidence about treatment of previously-banned legacy additives, such as those in the automotive sector. Research shows that it takes approximately 10 years for the effect of a ban in new products to be seen in the infeed material at the recycling plants.

Keith continued: “For a review of the acceptable level of decaBDEs in recycled plastic mixtures, industry should show the regulators how the rate declines over time as eventually these legacy additives are mostly eradicated in new components.”

Since prior to 2012, when decaBDEs entered the REACH SVHC list, the effect from not using these chemicals was already being seen.

With car manufacturers reducing their use since 2008-2012, Keith asserts that a similar ‘ramp down’ would be evident in waste plastics but delayed by the average lifetime of a vehicle – around 13 years.

“Any review must be based on firm evidence from European recyclers about how detected levels are changing with time, which could be used to estimate a scientifically-based ramp-down rate for mixtures and articles.”

The United Nations Basel Convention met at CoP 14 in Geneva at the end of April, where they will address a set of treatment guidelines for the WASTE plastic raw materials which are the input feedstock to advanced recycling processes inside Europe and also exported around the world as waste raw materials.

Expressing concerns about the ‘sometimes high levels’ of decaBDE and other legacy additives within part-processed waste plastics sent for export,

Keith highlights the need to set a ‘sensible and pragmatic’ level in these materials. The European CENELEC treatment standard uses 2,000ppm as the basis for deciding to ‘separately remove and treat’ waste plastics in WEEE products.

He argues that the level set for input waste streams to recyclers should be higher than that for output polymer products. This is because final, accurate separation of BFR-containing plastic particles is done using advanced technology in refining plants.

Allied with this should be a tougher regime for the global movement of waste plastics that do not meet the strict controls.

“Those materials should be processed in the domestic market, ensuring banned chemicals are removed and supporting further investment in large-scale technical plants in Europe,” Keith added.

He warns that exporting banned flame retardant plastic to Asia, without proper controls in place, risks ‘cheap, uncontrolled’ imports back into Europe of goods in which the banned chemicals have not been removed.

Concluding, he asserts that setting ‘sensible and pragmatic’ levels for decaBDE limits in waste plastics moved across the world would:

– Ensure a ‘level playing field’ for high-tech recyclers
– Stop the escape of valuable resources to other countries
– Help to ensure that imported goods made with recycled WEEE or ELV plastics meet EU safety standards
– Encourage much-needed investment in European and UK recycling infrastructure, further developing the transition to a circular economy for plastics

Keith said: “How the EU will implement the findings of the Basel Convention on waste plastic controls remains to be seen.

“We need less export of poorly-segregated, shredded mixed plastic waste from WEEE and ELV where the levels of legacy additives are difficult to measure and probably not very well recorded.

“And we need more reasons to invest in dealing with our legacy additive-containing waste plastics at home using best available technology.”

Axion Polymers is part of the Axion Group that develops and operates innovative resource recovery and processing solutions for recycling waste materials.

The Group works with a wide range of clients within the recycling and process industries on the practical development of new processing and collection methods.