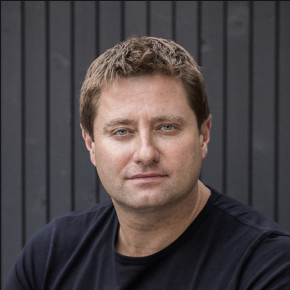 Writing for Mitsubishi Electric, George Clarke has a simple message for PM Boris Johnson and it’s all about fixing the housing crisis in the right way.

So, the Conservatives won the general election.

Labour and Jeremy Corbyn were a complete disaster losing 60 seats, the Liberal Democrats were no better with their leader Jo Swinson losing her seat.

The Greens remained the same, which was surprising after a year of Greta Thunberg, David Attenborough and Extinction Rebellion dominating the headlines about the climate crisis.

The SNP did well in Scotland and now want another referendum on Scottish Independence, only to be told already that they have had their ‘once in a generation’ vote.

We are now leaving the EU at the end of this month after three years of political carnage and the next UK general election, in line with the Fixed-Term Parliaments Act will be held on Thursday 2nd May 2024.

What was most surprising of all was that the conservatives completely smashed ‘Labour’s Red Wall’ which was a term used to describe a set of constituencies in the West Midlands, Lancashire, West Yorkshire and North East England that historically supported the Labour Party no matter what.

I nearly fell off my chair when the constituency of Sedgefield, Tony Blair’s former seat, went to the conservatives for the first time in 84 years! That was unbelievable!

Was it Brexit? Was it the nation’s massive lack of trust in Corbyn? Was it the excessive, unfeasible policies of the Labour Party? Who knows.

The fact is the Tories demolished Corbyn and Labour and Boris fulfilled his lifetime dream of becoming Prime Minister and on the day he came to power he thanked the North for ‘breaking the voting habits of generations’.

After years of neglect following the decimation of the north by Margaret Thatcher, it is time for Boris and the Tory party to pay back the North, and the rest of the country, for its generosity.

So, what does all of this mean for housing?

Well, it means the conservatives have one hell of a challenge ahead of them and they need to ask themselves some pretty serious questions.

The first one being, is the current housing system flawed and if it is what do we need to do to fix it?

On the 16th of January 2020 the Economist published a fascinating piece with a damning title; ‘The Horrible Housing Blunder – Home Ownership is the West’s Biggest Economic Policy Mistake’.

It states that our obsession with Home ownership (and let’s be clear here, the Conservative Party ARE obsessed with Home Ownership!) undermines growth, fairness and public faith in capitalism.

That home ownership has created ‘creeping dysfunction’ in a society where a generation of young people cannot afford to rent or buy a home, and they feel angry that capitalism has let them down.

The level of Housing unaffordability is frightening!

UK houses now cost almost eight times average earnings according to the office of national statistics and the gap is getting wider and wider as housing prices generally are increasing at a higher percentage than earnings.

If the banks will only lend say 5-6 times your salary then you don’t have to be a rocket scientist to see that the system is screwed.

Even if you could borrow more, many are struggling to find the 10% deposit the banks require as they are spending so much of their income on overpriced rental costs to private landlords.

The state has basically privatised the home building industry and it is out of control. It has been for years.

The free market is making massive profits at the expensive of people taking on huge debts and at the expense of the British Countryside as they prefer to build on flat, fields on the outskirts of towns and cities.

I completely agree with the economist and I desperately worry about what lies ahead.

What can government do?

Boris must change a housing system that has failed.

It is completely broken and isn’t fit for purpose. The problem is the government are petrified of the big house-builders who are now so powerful they control the system.

If the government threatens to improve building quality standards and the ecological standards of new build homes then the big house-builders will accuse them of pushing up house prices even further.

Yet they continue to make massive profits!

The government needs the private house builders to meet their housing targets, which is now 300,000+ homes a year every year for the remaining term of the parliament.

That is a lot of low quality houses!

Boris has to be brave. He has to improve building standards. He has to come up with alternative ways of providing land to build homes in a truly affordable way.

– get the state building again to provide council house, social housing and truly affordable housing for the young people of today and tomorrow.

– build the homes the big house builders don’t want to.

– raise the green/ecological standards for all homes across the country to combat climate change as well as fuel poverty.

– improve design standards and insist that every architect, engineer and manufacturer are producing the very best homes the country can build.

– embrace and encourage modern methods of construction to create a new, innovative and sophisticated home building industry that is the envy of the world creating lots of new jobs and skills.

– legislate quickly to stop our massive dependence on fossil fuels in heating and powering our homes and he needs to support the greenest technologies the world has to offer.

– reform Right to Buy and plug the leaking bucket of truly affordable homes being taken out of the public system.

– provide incentives for brownfield sites to be developed before even thinking about touching any green belt.

– create brilliant apprenticeships schemes for modern methods of construction to begin the generational change our antiquated house building industry is so desperately crying out for.

The climate crisis has grabbed all of the headlines over the last 18 months, but the housing crisis is going to bite even harder and faster if we don’t wake up to the unfolding disaster that is hitting the country.

People won’t stand for it much longer.

I can already sense the anger in a housing system crisis that successive governments have helped created in the last 40 years.

You have the opportunity to begin the process of turning the housing crisis around for everyone in Britain.

What an opportunity has been given to you! This could be your legacy.

But, you need to brave and you’re going to have to have a big pair to do it, because the low quality, staggeringly profitable greedy system will fight you and threaten you every step of the way.

But, you are Prime Minister and your job is serve the people and not fuel the profits of massive corporations at the expense of the people and society as a whole.

If you fail, then the people will rise against you and you’ll never again get the votes that put you in power and gave you such a huge majority.

You’re the boss now, so it’s your call.