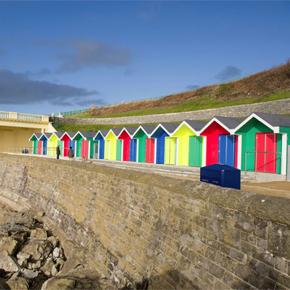 The Structural Concrete Alliance announced Bersche-Rolt as the winner of the Concrete Society Award for Repair and Refurbishment for its concrete repair and coating works to the Barry Island Eastern Shelter in September 2014.

Broadcaster Huw Edwards presented the award to Bersche-Rolt at the annual Concrete Society Awards, held last month at the Grosvenor Hotel in London on November 4th.

The company completed concrete repair and coating works to the 1930s Grade II listed Barry Island Eastern Shelter as part of the regeneration of the Eastern promenade for the Vale of Glamorgan Council. 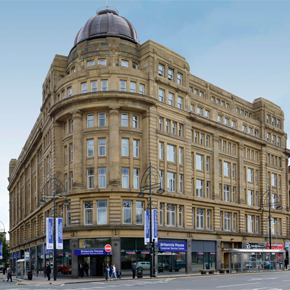 The reinforced concrete structure features a concrete roof slab supported by columns on the sea-facing side, a retaining wall on the landward side and a series of primary and secondary concrete beams. All of these elements displayed signs of concrete defects, with cracking and weakening within the beams and columns, reinforcement corrosion and peeling and discoloured paintwork.

Consulting with Bingham Hall Partnership, Bersche-Rolt surveyed the structure before preparing a specification for repairs, using products from Sika. Works included cleaning and priming reinforcement, the application of a bonding bridge, erecting shuttering and repairing the concrete.

The complete structure was coated with a three-part protective anti-carbonation system in a stylish coloured finish.

The Alliance judging committee commented: “This was the winning project given the professional and sympathetic approach to restore and enhance the structure to extend its service life within the landscape on Barry Island.

The main aim of the initiative was to create a scheme of urban realm improvements which would create a contextual improvement to this part of Barry Island and act as a catalyst for further private sector investment.”

Sika Ltd was awarded second place for its work on Britannia House, a 1930s building with a concrete-encased steel frame in the centre of Bradford. 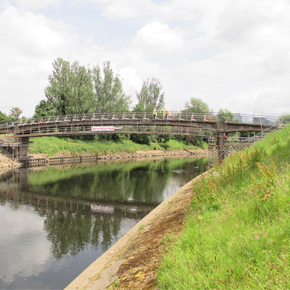 Sika supplied a variety of products to seal the building envelope, stop water ingress and strengthen the structure after it showed signs of corrosion to its masonry exterior and steel frame.

Sika’s Monotop cementitious two-component system was supplied by specialist contractor Frevssinet. The system consisted of polymer modified mortars to make primary repairs to the concrete and provide a smooth and level finish. The Ebonex cathodic protection was also installed to the top three levels to provide structural integrity and offer protection from further deterioration.

Third place was awarded to Balfour Beatty Concrete Repairs for its renovation of Sherborne Footbridge in Salford.

The concrete superstructure’s bridge tendons were suffering from chloride induced corrosion, in addition to severe spalling of the cross head beans. Further complications were caused by the pre-cast concrete panels of the bridge deck which needed replacing entirely.

The cross head beams were repaired using Fosroc hand-placed repair mortars, whilst the adjacent concrete benefitted from the application of a CPT Patchguard anode system. The precast bridge deck was replaced with a composite deck.

The winners were chosen from entries received from members of the three trade associations which make up the Structural Concrete Alliance: the Concrete Repair Association (CRA); Corrosion Prevention Association (CPA); and the Sprayed Concrete Association (SCA).

Find out more about the Structural Concrete Alliance