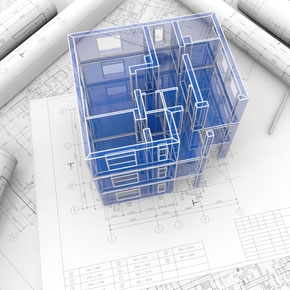 BIM uptake slower than expected, but confidence is building

Public sector clients are still failing to adopt Building Information Modelling on their projects. A recent survey found that only 38 per cent of centrally-funded government clients have made Level 2 BIM a contractual requirement on all projects.

The BIM survey of 392 construction professionals, including 63 clients from the public and private sectors, also found that only 17 per cent of other publicly funded clients required BIM on all projects, whilst 62 per cent said it is not a requirement at all.

Turning to the private sector, only 11 per cent set Level 2 BIM as a requirement on all projects, whilst 50 per cent have no demands for BIM at all.

The impact of BIM

Often seen as an important step in improving efficiencies and reducing costs, the survey found that BIM has had little impact in the last 12 months since it was made mandatory on all centrally-procured public projects.

In some areas, the impact of perceived benefits has even reduced. Most significantly, the majority of respondents stated that BIM has contributed nothing towards their projects’ carbon footprint. A large number of respondents also claimed they saw no evidence of BIM promoting safety and regulatory compliance, or creating efficiencies during the hand-over and operational phases. 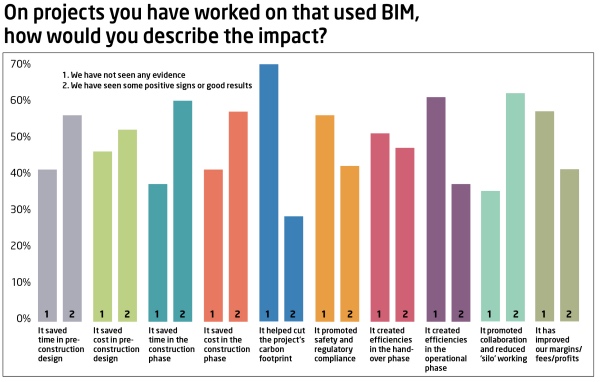 However, respondents did cite greater collaboration as the main benefit, with 64 per cent saying they have seen positive signs or good results.