New home growth is not enough to meet UK needs

Howard Chapman looks at the latest NHBC new home registration statistics, which show some growth but no real solution to the chronic long-term under-supply of new homes across the UK.

NHBC is a warranty and insurance provider for new homes in the UK. Its ten-year Buildmark warranty covers around 80 per cent of new homes built in the UK.

NHBC’s new home registration statistics, which refer to the process of a builder registering a home to be built in the coming weeks or months, are a good indicator of UK house-building activity and trends.

The statistics suggest that the industry is continuing to consolidate on the strong growth in registrations seen over recent years. The NHBC’s Chief Executive, Mike Quinton, argues that these registrations reflect ‘continued industry confidence in the run-up to the EU Referendum’, which took place at the end of June.

‘This period was the strongest quarter since Q4 2007, albeit still somewhere off the levels seen over a decade ago,’ comments Mike.

The statistics show a 6% increase in registrations within the private sector from July 2015 to July 2016. However, the public and affordable housing sector is down 13% on a year ago, with only 9,469 registrations recorded.

Overall, the statistics show 41,222 registrations. Despite the drop within the public and affordable sector, the figures are up 1% on a year ago; it is the strongest quarter since 2007.

However, there were mixed results across the UK. Whilst half its regions showed an increase in registrations – the South East is up 37% and the North East 34% – the other half experienced a drop. Wales, for instance, is down 30%; London 29%.

The statistics also suggest a shift away from starter homes to more expensive and profitable semi-detached and detached homes. These account for 54% of all homes registered to be built, overtaking affordable flats and maisonettes at just 27% and terrace housing at 17%. 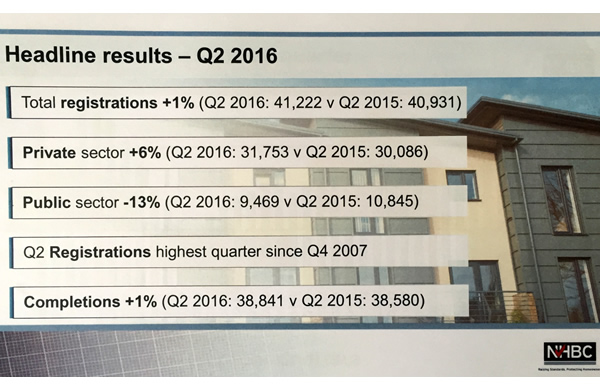 Overall, the new house building registrations are up by a small margin, remaining strong despite the concerns prior to the EU Referendum. However, this is overshadowed by the 13% drop in public and affordable new home build registrations.

The private sector continues to grow strongly, having doubled since the 2008 downturn, but this growth is still short of providing an answer to the chronic long term undersupply of new homes.

John Stewart, the Director of Economic Affairs at the Home Builders Federation, has argued that the 250k homes target for the next 4 years is not happening, and will not happen unless there is a paradigm shift in how we build homes.

At the NHBC briefing, he suggested that Brexit will, unfortunately, result in slower growth and exacerbate the problem. 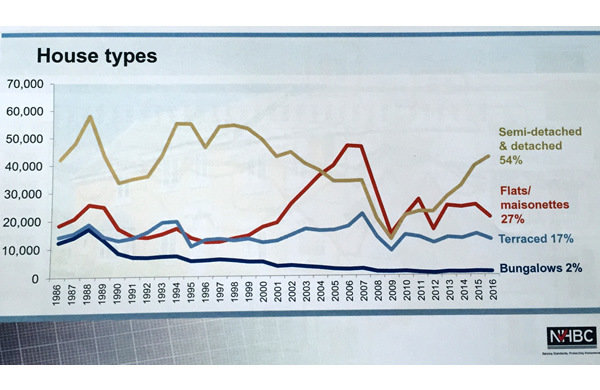 A paradigm shift in house building

In my view, building new homes on a scale that would meet the needs the growing population would be economically beneficial. We would need to address the problems of skilled and non-skilled labour shortages but, this aside, balancing the housing infrastructure would provide a wide based economic stimulus.

This paradigm shift in house building requires the involvement of Local Authorities, charities, housing associations, major employers such as the NHS, and concerned local people groups. The focus is on producing new affordable homes to rent.

These groups can commission the building new homes with affordable rents to meet the specific needs of their communities, including social housing and key worker homes.

To challenge the housing crisis, we need to look beyond the big private house builders who do a good, profitable job building for the established house owner market. 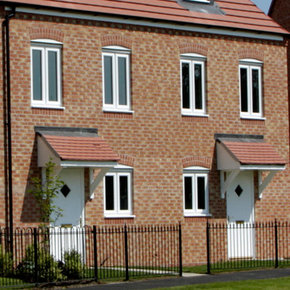 We need the scale of building that happened up until the 1970s but in this new incarnation, adding in long term right to buy options and support.