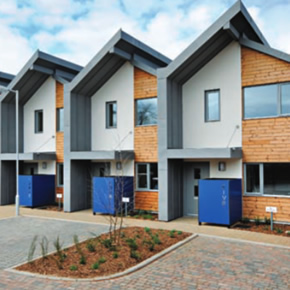 Brexit: How will it affect affordable and social housing

Following the British electorate’s decision to leave the EU, the UK is full of uncertainty and unanswered questions, yet the housing crisis continues to trouble the nation thanks to the lack of decent, affordable homes. Radian discusses in the latest issue of PSB Magazine…

Brexit has propelled the Government into uncharted territory, causing a great deal of political and economic instability, making the job of predicting its impact on the affordable housing sector virtually impossible.

Until Article 50 is triggered, housing associations will remain in a state of limbo. The UK and the EU will begin the process of negotiating the terms of a new relationship – but not until the new trading model is chosen can the affordable housing sector begin to form any business models for the future.

Radian, one of the south’s leading housing associations remains positive. Lindsay Todd, chief executive of Radian Group said: “The Government is still attempting to pick up the pieces post Brexit and it is the current uncertainty that is causing many to panic, especially in the affordable housing sector.

“Even so, I don’t believe leaving the EU will reduce the demand for high quality new homes for PRS (private rented sector), shared ownership or affordable rent, particularly given the high demand in the south of the country where we operate.

“Housing associations have a commitment to the people they support which cannot just be stopped. Here at Radian, we have a vision to deliver more homes for social housing and PRS under our SMART brand and we’re still determined to deliver that. As long as we can source and fund viable schemes and are satisfied there is a demand for the homes we produce, based on what we currently know, there is no need to slow down.”

Funding and its impact on construction

The vote to leave the EU presents challenges in terms of securing public funding, as many housing associations in England currently rely on a number of sources providing funding from the EU.

EU Structural and Investment (ESI) funds include the European Regional Development Fund (which housing associations benefit from –particularly in relation to regeneration in deprived areas) and the European Social Fund which fuels the employment and skills work across the sector.

There are concerns across the sector that, subject to the new trading model between the UK and Europe, future funding from these parties once the UK formally leaves the EU could be lost.

It seems that concerns around funding is already affecting construction of new homes following figures recently released by the Royal Institute of Chartered Surveyors and the Office for National Statistics.

The figures show Brexit is starting to have an impact on the building industry as construction output from new housing fell by 1.1% from the first quarter of 2016 to the second.

Via a statement on the National Housing Federation website, David Orr, the chief executive of the NHF stated in a blog that: “We (the NHF) know that an uncertain economic environment will cause builders to put the brakes on. Our country’s prosperity and thousands of citizens’ livelihoods depend on a strong building sector – we cannot let a slowdown take hold.

“Housing associations have a track record of building through tough times, having upped their output through the last recession when private developers could not. With the right flexibility from Government and at no extra cost to the taxpayer, housing associations can keep the nation building.”

Radian’s activities certainly back up Mr Orr’s statement: The housing association plans to deliver 600 new homes per year in the South East and South West regions across a mixture of tenures, having recently further committed to its PRS portfolio, creating over 100 homes in Bournemouth, following a £27m development investment.

Lindsay Todd added that he’s confident Radian has established a strong position in the market place, ensuring the company is in the best possible shape to deal with adverse conditions, whatever they may be, if they ever arise.

“There may, in fact, be some good opportunities available because of Brexit so we are keeping a close eye on political progress and are operating a fluid strategy to ensure we are able to adapt when we consider it’s sensible to do so.” 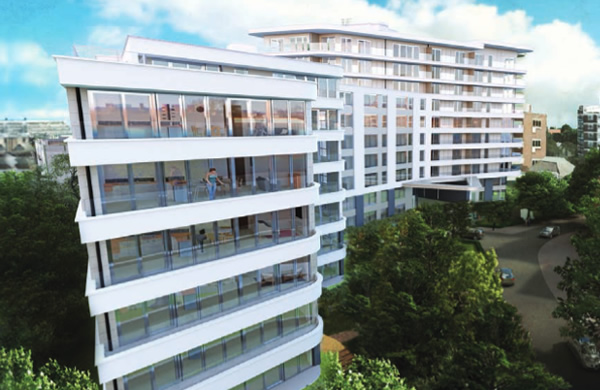 What can the Government do?

Once Article 50 is triggered and the Government takes a firm hold of the Brexit reins, the UK’s housing associations can begin to form their business models for the future of Britain’s affordable housing sector.

Support from the Government is needed to ensure the affordable housing sector will continue to provide high-quality homes.

The NHF recently pointed out that housing associations increased their output by 22% during the last recession, as private development dropped 37%. The increase was only possible because central Government provided grant support for social and affordable housing: this needs to happen again to ensure homes continue to be available for those in need.

Money for housing from the Government is currently focused almost exclusively on homes for sale, with billions allocated to private developers to offer discounted starter homes for first- time buyers but if we’re to see an end to our housing crisis, the Government needs to make a positive investment in affordable housing, regardless of the uncertainty Brexit holds over our nation.