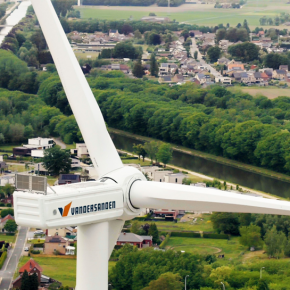 Brick manufacturer Vandersanden has installed their first wind turbine at their Lanklaar site in Belgium.

The wind turbine will supply 10,000 MWh of green energy annually, equivalent to the energy consumption of 2,000 families.

With this new sustainable milestone, Vandersanden aims to make their production processes and sector more sustainable.

Raf Jansen, Chief Operating Officer at Vandersanden, comments: “We do not think in years, but in generations. That is why we manufacture as sustainably as possible, for people and the environment, for now and later.”

The family business continues to build a green future. In recent years, Vandersanden has invested in solar panels and the use of geothermal power to generate heat and electricity. 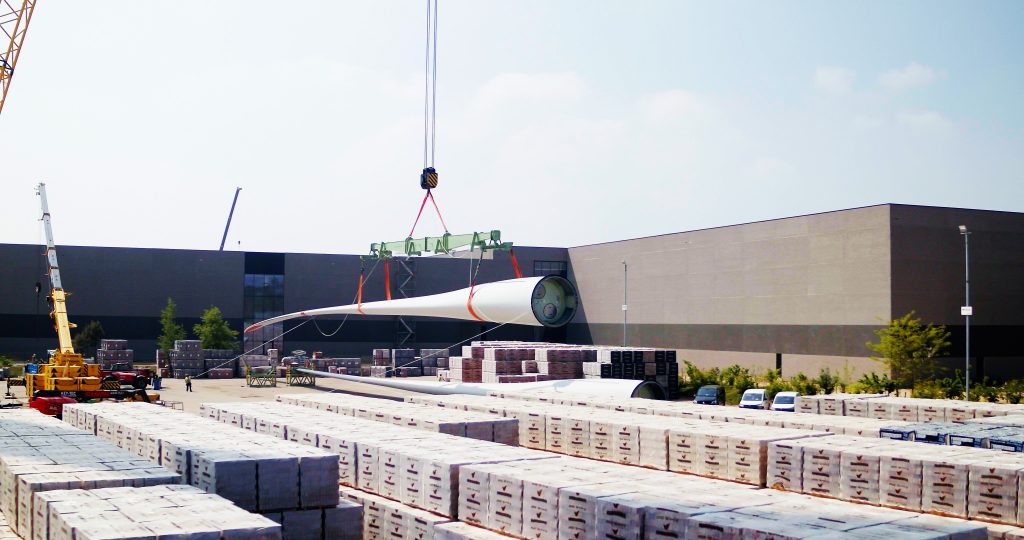 Raf adds: “At Vandersanden, we don’t think in years, but in generations. That is why we find it extremely important to manufacture as sustainably as possible, for people and the environment, for now and later.

“Alternative green energy sources are the future. With our wind turbine, we are helping to build that greener future.”

In November 2021, Vandersanden started with the preparatory works on its premises for the installation of the wind turbine. All construction elements, such as the mast sections and rotor blades, were delivered in April and the assembly was completed in early May. The electrical works are currently ongoing and the connection of the wind turbine to the electricity grid is being prepared.

The wind turbine has a full height of 200 metres and will supply 10,000 MWh of energy annually. That is equivalent to the energy consumption of approximately 2,000 families.

More than 50% of the energy generated will be used for Vandersanden‘s activities at its site in Lanklaar. Remaining energy will be offered to the grid as green electricity. 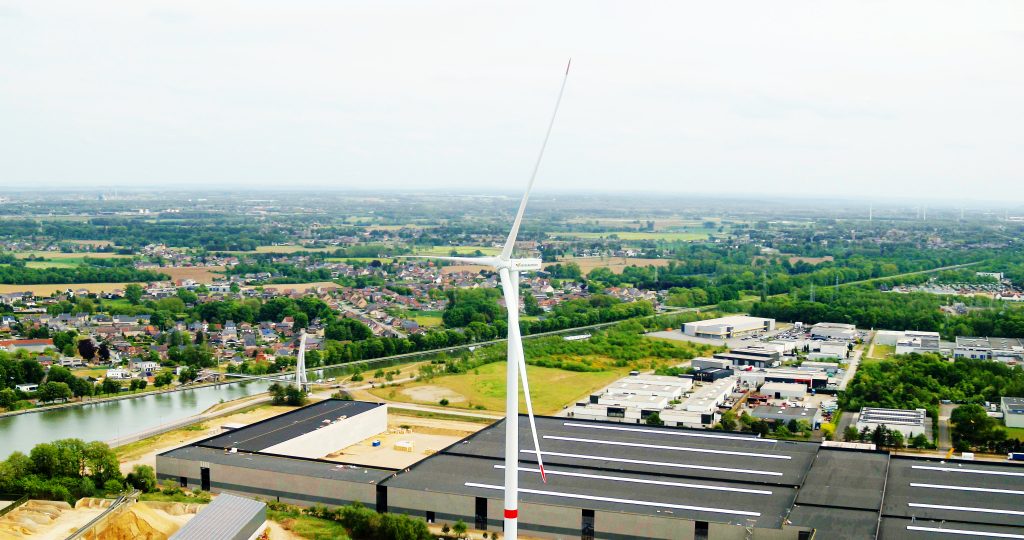 Raf continues: “Not only do we want to make our own production process and our own sector greener, we also like giving something back to the community.

“This is part of what we call Collective Well-being, offering our surplus production of green energy to the grid and where local residents can also enjoy clean energy.”

The project management is provided by Encon, from Bilzen, which specialises in supporting the transition to sustainability.

Robin Bruninx, founder of Encon, comments: “Companies must strive to generate their energy as locally as possible. Vandersanden is an example for other companies in this respect, because they are strongly committed to their own energy transition and producing their own energy from renewable sources. By doing so on a large scale, we are taking a step in the right direction to face the current climate problems.”

For its wind turbine, Vandersanden chose a type with minimal noise pollution. In addition, the installation will be equipped with a measuring system to measure and limit the impact of the cast shadow on each individual facade to a maximum of eight hours per year and thirty minutes per day.

Raf Jansen says: “We are proud and happy that, in good cooperation with the local community and thanks to the support of the provincial government, we can take this important next step in realising our sustainability ambitions.

“Together, we have taken the time to prepare this project as well as possible and to ensure that local residents experience as little disruption as possible, both during construction and in use. After six months, we will carry out monitoring measurements of noise and vibrations to determine whether additional measures are necessary.”

Vandersanden continues to innovate in order to achieve its sustainability ambitions. The wind turbine in Lanklaar plays a central role in this. It will also supply the energy required for the Carbstone pilot plant, which is being prepared at the Lanklaar site. Carbstone is an innovative facing brick that absorbs rather than emits CO2 during the production process.