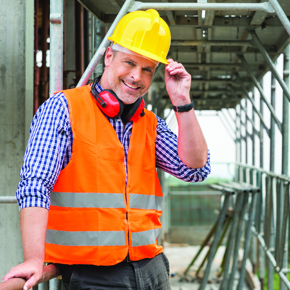 The construction sector is booming. The past 12 months has seen an increase in enquiries, revenue and demand for skilled tradespeople. In fact, things have been so busy that almost half (45%) of construction businesses have had to turn away work as a result of staffing pressures in the last year.

As we face the biggest construction skills shortage since 1998, Wayne Lysaght-Mason, managing director at IronmongeryDirect, explores the impact of the UK’s current skills gap and discusses what can be done to mitigate this… 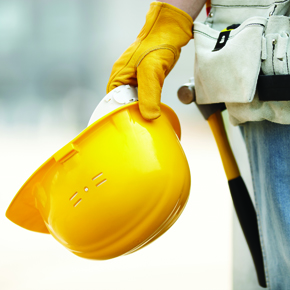 Things are on the up for the construction sector. Following the economic crash in 2008, when construction came to a standstill, these are words we thought we wouldn’t hear again for a while.

But it’s true – things are improving and the sector is continuing to grow, with IronmongeryDirect’s Annual Industry Review reporting that nearly three quarters of tradesmen recorded an increase in revenue in 2015. Furthermore, with the Government’s pledged investment of £1.2bn into the building of 200,000 new homes over the next four years, things really do seem to be picking up.

However, the global economic downturn has left its scars on the industry. With the recession came the heavy loss of skilled and experienced tradespeople. Even as businesses battled to save jobs, there was a mass exodus of 300,000 tradespeople leaving the industry.

This is now causing problems of its own: housebuilding is running at around half the level needed to meet demand, leading house prices to spiral out of control and throwing the property market, once again, into disarray.

Even with The Royal Institute of Chartered Surveyors (RICS) noting record wages for those within the industry, the construction skills shortage is continuing to cause concern. Findings from IronmongeryDirect’s Annual Industry Review revealed that while 17% of businesses took on more staff and apprentices in 2015, a quarter of respondents said they struggled to recruit more staff because of the skills shortage.

There is another potential risk for the industry on the horizon – the EU referendum planned for June this year. Those within the construction sector are warning that a Brexit could result in further shortages of skilled labour, constraints in investment of new housebuilding ventures and it could also worsen the ongoing housing shortage. Groups such as The Home Builders Federation, argue that leaving the EU will cut off supply to skilled foreign workers, a source of labour the UK has been forced to turn to, to bridge the skills gap.

The UK needs to act fast. Particularly considering the forecast from the Construction Industry Training Board that 224,000 new jobs will be created over the next four years. To have any real chance of meeting this demand, there needs to be a viable strategy in place – and the industry, unions and those training the next generation of trades people need to work together in order to deliver a solution.

Creating more apprenticeships and training opportunities for young people is one option. Last June, an increase in construction apprenticeship wages was introduced to entice more young people into construction training courses, rather than straight into full-time work in another field. Working closely with schools and colleges to make the construction industry more visible and to reach people at a younger age, will help usher in the next generation of tradespeople. Additionally, with 622,000 young people currently unemployed, now is the time for construction firms to attract new talent.

As important as new talent is, construction companies must not adopt an “out with the old, in with the new” approach. The current workforce needs to be motivated and rewarded for their hard work. To keep more experienced staff on hand and to encourage them to help train new staff, firms need to look at providing more flexible working hours and increased annual leave. Given the physicality of construction work, it is important that employees have time off to rest and to create a good work-life balance for themselves.

With great growth comes great responsibility. The construction industry is undeniably thriving but, given its volatile nature, this growth does not equate to stability. Attracting an influx of fresh talent is vital but care must be given to ensure that current employees are also well-looked after. Investing in tomorrow, today, will go some way to bridging the skills gap – and this needs to be done sooner rather than later, given the impending referendum.

Find out more in the April 2016 issue of PSB Magazine