October saw total merchant sales to builders and contractors at their highest since GfK began compiling BMBI sales data in July 2014, although the Index has said the effects of inflation cannot be ignored, as many sectors have reported significant price increases over the past year.

Total Builders’ Merchants’ October rose 10.0% by value on the same month last year, albeit aided by an extra trading day. Among top categories were Tools (+ 12.3%), Plumbing Heating & Electrical (+11.4%) and Heavy Building Materials (+11.1%). Average sales a day were up 5.0% in October for merchants overall.

Merchants sold 5% more in October than the month previous (one more trading day) whilst they were 6.2% ahead year to date (January to October) compared to the same period last year.

Malcolm Gough (above photo), of the BMBI, reflected on the statistics and trends: “We estimate 2017 market volumes are up by about 4%, and for a seasonal product, it’s good to see the end of the year still buoyant: landscaping is selling across the UK, except in bad weather.

“Shipping prices usually relax around this time of year but we haven’t yet seen any changes. However these are unpredictable times and we’re assuming shipping will rise again early next year so expect Indian natural stone price to increase early 2018. Sterling still hasn’t recovered and this has a negative impact on stone raw material costs and importing.

“The definitive trend for 2017 has been ‘grey’ – from stone and polished concrete to Italian porcelain. Manufacturers are now making every grey variation they can, and I’m sure when all the 2018 landscaping brochures land at merchants’ doors there will be a sea of grey products to choose from.

“The biggest winner is vitrified paving – a market that’s gathering speed as more and more merchants take the product into stock. Having stock on the ground makes it more accessible and a real alternative to the landscaper.

“This of course has been helped by prices coming down and consumer demand increasing. Next year we’re predicting a massive spike in vitrified paving sales.

“The worrying factor in this market is that cheap imported ceramics rather than true porcelain are entering the market, bringing quality issues and damaging the reputation of this premium alternative to stone or concrete.” 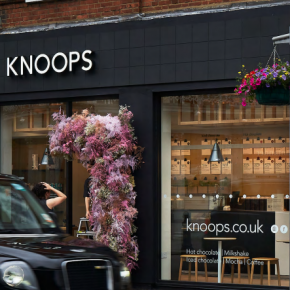