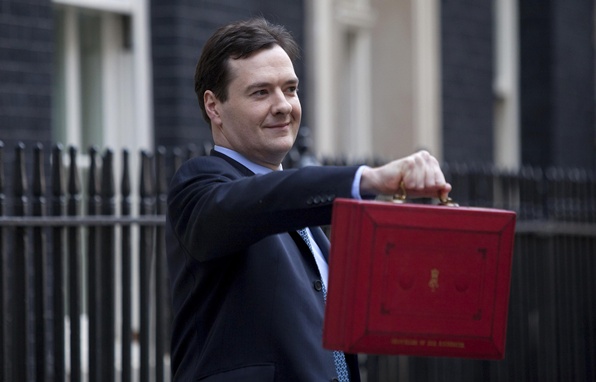 Building industry comments on the impact of BUDGET 2015

Following growth in the construction industry, the commitment to keep Britain building with plans for 20 new housing zones is a welcome boost. This announcement, coupled with the creation of the Help to Buy ISA for first time buyers, further supports our housing market and, in turn, brick manufacturers.

The budget was primarily about keeping the overall economy on track and a solid economy is a necessary foundation for a prosperous construction sector. There were some good signs for the sector, mainly around infrastructure and transport spending, and it was interesting to see the regional focus coming to the fore. The new Help to Buy ISA will help to stimulate home buying and then home improvement spending.

20% increase in Minimum Wage for apprentices

I welcome the increase for apprentices as it should assist to recognise and appreciate their value in the workplace. Anything that is done to encourage hard working individuals to pursue a career in plumbing is to be applauded.

Story Homes welcomes the proposal to introduce a help-to-buy ISA. By contributing to first-time buyers savings in this way would-be homeowners will be able to move into their own home much sooner. This is good news for homeowners and house builders, it will boost confidence in the sector and lead to the construction of new properties.

LCP, residential investment advisors, said Chancellor Osbornes big Budget rabbit saw the introduction of the new Help-to-Buy ISA. Great new policy for first steppers who can then buy a property outside London up to a maximum of andpound;250,000 or andpound;450,000 inside London with the tax free savings. However, the new policy has done little to help second steppers who are saving hard to move up the ladder.

Helping people onto the housing ladder

Figures released by Shelter earlier this year show in London it would take a couple without children on an average income 10 years to save for a deposit. The government help-to-buy ISA would reduce this by around 25% to eight years.

Fixing the roof when the sun shines

The Chancellors announcements of new Help to Buy ISAs and housing investment show he wasnt joking about fixing the roof as the sun starts to shine. It will get more people on the housing ladder – where else are you going to get a 25% return on savings? This will open the housing door to many who previously couldnt even get past the front gate, especially in regions outside London where house prices are lower on average.

Regeneration and transport projects in London

This budget was never going to set pulses racing, however, we can take some comfort from plans to invest in regeneration and transport projects in London. But it was not just about the worlds global capital, there was also a andpound;7billion cash injection for airfields, rail and better roads in the south west and 20 new housing zones across the UK. Plans for a tidal lagoon in Swansea Bay shows the government is committed to investing in cleaner energy with a steady move away from fossil fuels. If Swansea is successful, then with potentially more tidal projects coming on stream in the future, 10% of the UKs electricity needs could be met.

Government has finally set out a clear direction of travel in terms of its apprenticeship funding reforms. The new digital apprenticeship voucher model is a vast improvement on what was formerly proposed. The Construction Industry Training Board (CITB) predicts that an additional 200,000 jobs will be created in the construction industry over the next five years and up to 400,000 people could retire over the same period. Its therefore crucial that government does nothing to undermine the desire or ability of small construction firms to train apprentices. Lets not forget, two-thirds of all construction apprentices are trained by the very smallest firms so we need to carefully develop a framework which works for them, not against them. According to our latest survey, 20% of FMB members are currently training apprentices which is up from 18% two years ago. However we need more small employers and all large employers to recognise the commercial value of training apprentices and do their bit to help close the skills gap.

Stability and consistency are what businesses need to grow and prosper. This Budget sets the tone, providing a clear plan for fiscal health and growth. This Budget has some encouragingmeasures to help businesses create jobs for the benefit of all the fiscal breathing space should be used to achieve intelligent reductions in public spending, together with much-needed infrastructure and innovation.

We fully support the identification of 20 brownfield site housing zones for investment in 45,000 houses, which is definitely needed to address the housing shortage. I urge the Government to ensure these houses are built using modern methods of construction, such as timber, as the build would be efficient and the houses sustainable important considerations in todays climate.

Investment in next generation of apprenticeship schemes

Apprenticeships are critical to ensuring we have the right skills for our economy. They provide quality training and produce highly skilled workers that are in desperately short supply in the UK. The news of a wage increase for Britains apprentices will cement these training programmes as a serious, credible career path for the next generation of school leavers looking to become highly valued contributors to the British economy, and are welcomed. British businesses should continue to invest in the next generation of quality apprenticeship schemes to enrich the workforce and energise the economy.

While we welcome any consultation examining the operation of Umbrella Companies in our industry, what is really needed is for these companies to be outlawed and driven out of the construction industry as they only exist to exploit building workers for their own profit.

Budget 2015: energy intensive compensation brought forward is a good article that looks at how Chancellor George Osborne used his final budget of this parliament to outline a number of measures to support UK manufacturing, including energy intensive sectors.

1. The first 20 Housing Zones outside London were announced, with the potential to deliver 34,000 homes. Together with eight existing Housing Zones, there should be capacity for 45,000 new homes.

2. There will be an increase of 57p to the minimum hourly apprentice rate, taking it from andpound;2.73 to andpound;3.30

3. The government plans to abolish employers NI contributions for any worker under 21

4. A new Help to Buy ISA will include a government contribution of up to andpound;3,000 for first-time buyers saving up the deposit for their first home

5. The government announced it will enter into negotiations on a Contract for Difference for the Swansea Bay Tidal Lagoon

5. Devolution of skills and planning powers to the mayor of London and new City Deals for other parts of the UK, including pilot schemes for Manchester, Cheshire East, Cambridgeshire and Peterborough to retain 100% of additional business rate growth

7. There was confirmation of projects including andpound;7bn of roads and rail funding for the south west, the Brent Cross Regeneration scheme, and the Croxley rail link

8. andpound;140m of funding announced in the Autumn Statement for the repair and restoration of flood defences will enable 165 flood schemes to be delivered earlier than originally planned

9. The government is to shortly publish the Northern Transport Strategy on the strategic options for the North of England, including HS3

10. Funding for the UK Export Finance programme will be doubled to andpound;3bn

Link to more on these Top 10 CIOB highlights

What do you think about the budget?