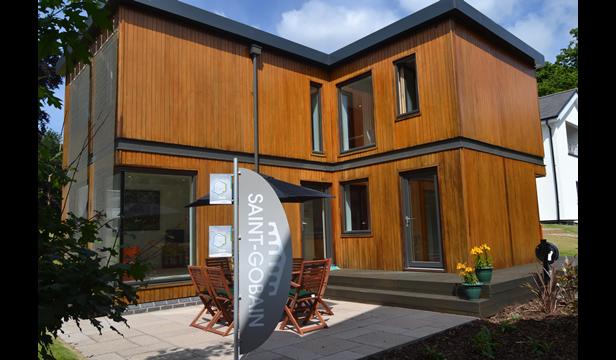 On the economic front, last month commercial construction came close to doubling 2013 figure according to the latest BarbourABI report.  India’s biggest housing developer is to spend £3bn on UK projects and China continues invest in infrastructure.

Latest products on Buildingtalk this week include a new finishing plaster from British Gypsum that means fast re-skimming without the need for pre-treatment. Also a keyless door lock from Assa Abloy with a useful attack code’ function that enhances safety.

Saint-Gobain have just announced that Buildingtalk is the confirmed media partner for their next on-line industry debate. I will also be visiting the Nottingham University zero carbon house shortly  a fascinating new build project that they are supporting.  You can follow @Buildingtalk via Twitter for regular updates.

And finally, as we endure the last Party Conference season before the Election in the Spring  with Labour already promising a brownfield first policy’ for new homes – let me have your suggestions to add to the Buildingtalk shopping trolley of proposals from the construction industry.

We will publish these in our own mini election manifesto and see what response we get from the prospective ruling class of 2015.

via this week’s BUILDINGTALK NEWSLETTER

VIDEO OF THE WEEK

Self primer with 8 years protection for wood popular with clients

TOP 10 TWEETS OF THE WEEK

Rabbit hutch Britain – why do we have the smallest homes in Western Europe?

Saint-Gobain announce that Buildingtalk is confirmed media partner for their next debate!