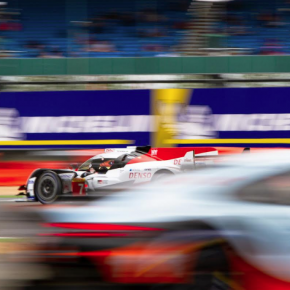 Bull Products, a manufacturer of life-saving fire protection equipment, has been contracted to supply its Cygnus Wireless Alarm System during the construction of the first hotel at Silverstone Circuit.

The Hilton Garden Inn will be the first hotel to be built at Silverstone Circuit – due for completion before the Grand Prix in June 2020, the £30 million hotel will feature 197 bedrooms, offering a range of standard rooms, suites and executive boxes overlooking the track.

Built on Silverstone’s International Pits straight, with extensive views of the circuit, the new hotel will offer year-round hospitality to guests.

RG Group has commenced construction of the hotel and has chosen the Cygnus Wireless Alarm System to protect the site.

Given the location of the hotel, site safety is paramount to protect workers and members of the public, particularly during busy race days. 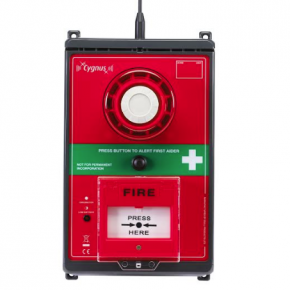 The Fire First Responder Stations have also been rolled out across the site and include the Cygnus Combined Fire and First Aid Alarm.

The station is the first responder’s central point for fire safety equipment and alarms on site, providing an efficient fire safety solution during construction.

Bradley Markham, Director at Bull Products, commented: “We are excited to be a part of the first hotel being built at the Silverstone Circuit. The construction of the hotel required a product that acts as an all-in-one site safety point, which is where the Fire First Responder Stations offer the ideal solution.

“The Cygnus Wireless Alarm System also allows for added flexibility as it can be moved to different locations around the site.”

To meet customer and market demand, the Cygnus alarm system has been undergoing some upgrades and modifications which will include added functionality, improved battery life, better configuration software and a combined smoke and heat detector.