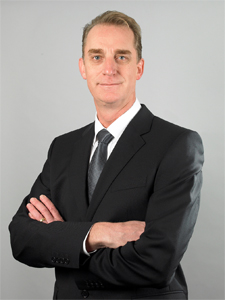 At the Intersec exhibition, it was forecasted that the Middle Easts wireless access control market would benefit from an annual growth of 15%.

Further to this, ASSA ABLOY has used its own data to predict that wireless locks will make up around 30% of the total market within a decades time.

However, despite the potential being there, ASSA ABLOY has discovered that the market knows less about wireless locks than expected.

In conjunction with IFSECglobal.com, ASSA ABLOY carried out a market survey of security managers and industry workers.

The company found that almost two-thirds of those surveyed thought that fitting a wireless access control system would disrupt an existing traditionally fitted system.

This is incorrect: wireless access control systems, such as ASSA ABLOYs own Aperio system, can run fully integrated with an existing wired system.

Current systems are not disrupted by the installation, even if they include CCTV or energy management functions.

Approximately a third of the respondents were unaware that wireless systems use less energy than traditional ones.

Wireless locks are battery powered and only wake up when a credential is presented, meaning that they only consume energy when it is essential.

Many of the research group expected wireless lock batteries to drain quickly, which is another myth: ASSA ABLOYs Aperio technology has been known to run for over 2 years on a new battery.

Over half of those surveyed feared the cost of wireless technology and were reluctant to upgrade to it because of the upfront expenses.

However, in the long run, companies can save lots of money by switching to wireless as maintenance and energy costs are significantly reduced.

To clear up the confusion surrounding wireless locks and access control systems, ASSA ABLOY has launched a true facts campaign.

Entitled Busting the myths about wireless access, the campaign is aimed at professional end-users and industry workers.

Find out the truth about wireless locks now