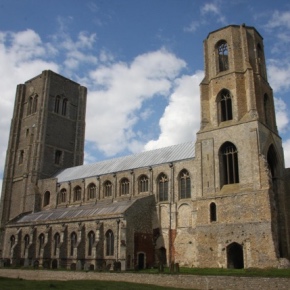 The Abbey was established in 1107 and is known for its embellished angel roof, twin towers and gilded altar screen designed by Gothic revival architect, Nina Comper.

A SigniFire IP system is interfaced to the fire alarm loop to provide smoke, flame and intrusion video detection throughout the main building.

In addition, a Vesda air sampling system is in operation detecting fire in the ancient bell tower and organ loft, which houses the Abbey’s 18th Century James Davis organ.

Kevin Sparkes, Systems Manager at Efire, the specialist installation company which completed the project: “C-TEC’s ZFP system was specified as it is powerful, easy-to-program and, crucially, of a modular nature so it can be easily built up should the Abbey undergo further expansion”.