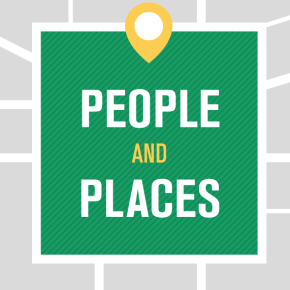 Calls for local authorities to be given greater responsibility over housing

A new report published by the Design Commission has called for decentralised governments, mayors and local authorities to be given greater responsibility over housing and transport infrastructure, in response to worsening housing shortages.

The report has also highlighted the need for improved design principles in British homes, with a greater emphasis on mental wellbeing during the design of new housing and office stock.

Produced by leading architecture and design experts, People and Places: Design of the Built Environment has proposed that local authorities be given a greater say over issues surrounding local needs such as housing.

Whilst the Design Commission welcomed the Government’s plan to increase resources available to local planning authorities, that would allow planning applications for new homes to be processed faster, it has also called for increased funding for design staff and training.

Proposed in the 2017 Housing White Paper – Fixing our broken housing market – the government will designate £25 million capacity funding for local authorities in areas of high housing demand, to be used for ‘engaging communities in the design and mix of new homes’.

Beyond the capacity funding, the Commission believes the Government must support the need for skilled design staff and training for preparing neighbourhood plans and responding to planning applications. It also stressed the importance of local planning authorities having dedicated advice based on good local knowledge.

In addition to local authorities requiring access to design skills, the Design Commission cited the need for architectural, urban design and landscaping expertise to ensure housing schemes meet the highest standards of housing and neighbourhood design.

Within the report, Alex Ely of Mae architecture practice cited evidence that the influence of indoor climate, light, housing satisfaction and green areas is a strong influence on well-being and diagnosed health problems, such as fatigue and hypertension.

He referenced a study by Queen Mary, University of London and the London Borough of Greenwich, which confirms an association between housing, its wider neighbourhood and mental well-being. Key factors found to promote positive mental health include control over the internal environment, good design and maintenance, absence of noise, control of crime and anti-social behaviour, in addition to access to a good quality public realm.

The full report is available to read here.