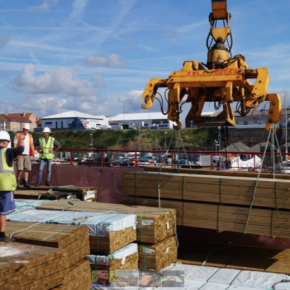 Carbon abatement potential in UK construction; it starts with trees

In February 2019, the Committee for Climate Change commissioned a research project into the possible reduction of greenhouse gases, by increasing the use of timber in UK construction. The findings have been released in a report entitled ‘Wood in Construction in the UK: An Analysis of Carbon Abatement Potential’. 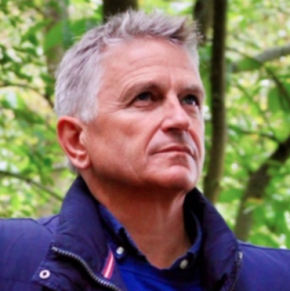 Independent not-for-profit organisation, Grown in Britain (GiB), is a team of industry leaders, working to improve the UK’s approach to home-grown timber. Here, Grown in Britain‘s CEO Dougal Driver, looks at how the potential abatement of carbon could be turned into reality, by encouraging and implementing a new ethos around the management and use of UK woodlands.

In the last 30 years, great technological strides have been made in some particularly impressive areas; the internet, DNA testing, sustainable energy, etc. And as we approach the next 30 years, we can look forward to a whole new set of advances, which will of course bring their own new challenges.

So with all the progress we are making across other sectors, it remains disappointing that we are yet to implement particular changes in our use of UK timber, which could make massive contributions to the possibilities outlined in the new report.

It’s a little known fact, and one that Grown in Britain is working hard to highlight, that the UK imports more than £7.8 billion worth of timber from elsewhere around the globe, every year.

In our consumption of foreign timber, we are second only to China. 43% of our own woodlands are under managed, and shockingly, much of the UK’s hardwood is needlessly imported from France and Germany, with only 7% of UK consumption being of home-grown origin. 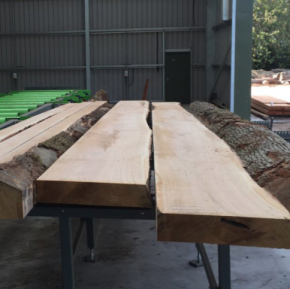 This is highly relevant to a particular finding of the report which states that currently, over 50% of a building’s carbon footprint is embodied, i.e., comes as a result of the extraction, manufacture, transportation, demolition and disposal of its core materials. Concrete and brick, are widely acknowledged as being intensive in their embodied carbon rates, whilst the levels of sequestered (stored) carbon they offer are very low.

So with that in mind, what difference would a high growth in timber use, across the UK construction sector, actually make?

Well, according to the findings, the figures are substantial. In the UK residential building sector alone, an increase in timber use has the potential for an 18-19% reduction in embodied carbon, and most importantly, a huge 59-64% increase in sequestered carbon.

This is further supported in the report’s conclusion, that “while reduction of embodied carbon within buildings can be achieved through various measures, an increase in stored sequestered carbon can only be achieved by increased use of biomass-based materials such as timber.”

From the way we manage our woodlands, right through the various stages of the supply chain, this area of the UK construction industry, presents numerous possibilities for change; change which not only promises significant benefits to the global climate, but which would also result in positive knock-on effects for local economies, immediate surroundings and nationwide flora and fauna.

An increase in managed UK woodlands would not only mean less imports, it would also provide cleaner air, reduce flooding and enhance our wildlife habitats. This is all in addition to the long-term financial stability it would bring to UK industry, both in terms of local jobs and the wider economy.

In another recent report commissioned by the CCC, this time looking at the UK’s target for net-zero greenhouse gases by 2050, specific reference was made to timber handling. It recommended afforestation of around 30,000 hectares per year was needed in the UK; this would mean increasing woodland cover from the current 13% of UK land area, to a preferable 17%. Combining this with an increase in active woodland management, would have a massive impact on the forest carbon sink, i.e., the natural reservoir of stored carbon that accumulates in our managed woodlands.

The points made so far, already make a strong case for the use of home-grown timber – but there’s more. We have yet to touch on the subject of transport. The logistics, financial costs and resulting carbon emmissions, generated by moving huge amounts of timber all around the planet, are significant.

One of the most immediate ways we can start embracing the potential of our own woodlands, is to look for the Grown in Britain logo on our forest products. Any timber or timber product displaying the logo, brings the assurance that relevant checks have been made into its origins, and the processes used in its production.

From governing bodies, parliamentary committees and organisations such Grown in Britain; through to buyers, suppliers and the public – we are all responsible for the safeguarding of our planet and its resources. Whilst some hugely intricate changes may be required in certain areas of climate control, this certification scheme is already available and straight-forward to implement – we just need to re-think our existing attitudes towards the use of forest timber as a construction material.

The UK’s woods and forests are amazing – and their future is in our hands. We need to work together in realising their carbon abatement potential – and we can start by making sure our timber is certified as Grown in Britain