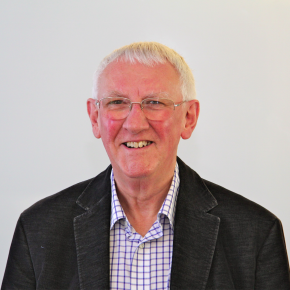 Carpet Recycling UK has announced that at the end of 2018, its Founder and Director Laurance Bird will retire from his day to day involvement with the organisation.

Since the Carpet Recycling was founded in 2008, Laurance has spearheaded its activities to increase the recycling of carpet waste across the UK.

Celebrating its 10th anniversary this year, CRUK has inspired and facilitated the diversion from landfill of one million tonnes of waste carpet to date – equivalent to approximately 400 million m2 of carpet or 57,000 football pitches.

Laurance will, however, continue as a non-executive director of CRUK and will be assisting resource recovery specialist Axion with ISOPREP, a new Horizon2020-funded R&D project to extract pure reusable polypropylene polymer from carpets and other composite materials.

Laurance comments on his retirement: “After ten years of unstinting support from across the carpet industry, I would like to say thank you to all our members, especially the core funders who have played a key role in CRUK’s success.”

Chairman Andy Hall concludes: “It is without a doubt that the success of CRUK over the last 10 years has in a significant and important way been down to Laurance with his vision, determination, networking and dedication to the challenge of the UK carpet landfill issue. We cannot thank him enough and are delighted that he will still be playing a role over the next phase of the organisation’s development.”