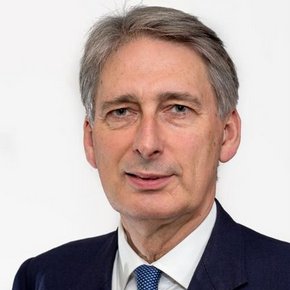 Philip Hammond, Chancellor of the Exchequer, signals that big infrastructure spending plus support for housebuilding will be at the centre of his Autumn Statement on Wednesday.

Over the weekend Hammond announced that we can expect spending on railways, energy plants and building projects plus a £1.3 billion package to tackle chronic traffic congestion that is inhibiting UK growth.

Earlier this year the government committed to spending £13bn on transport for the Northern Powerhouse over the course of this Parliament to provide “dramatic improvements to our roads and railways in the North”.

All this is part of re-focusing spending on national infrastructure and skills projects that provide tangible long-term boost to the economy. He sees this as the key way to strengthen the UK economy and thereby “protect our world-class public services.”

Research from Arcadis shows that a one month delay to projects in the transport infrastructure pipeline could cost the UK economy £2bn over the next five years, equivalent to just under £50,000 for every minute of delay. Chris Pike, Development Director for Infrastructure at Arcadis, warned that government commitments made to infrastructure projects over the past weeks must be progressed without delay if the UK is to really benefit.

The International Monetary Fund reviewed 17 advanced economies and found that an increase in investment spending equivalent to 1% of national income increases the level of output by 0.4 per cent in the same year and 1.5 per cent four years later.

On the housing front, we are told to expect more help for small builders on top of the £3bn housing fund that has already been announced. Hopefully there will be measures to encourage more affordable housing in the rental sector.

Rumour has it that Hammond aims to reduce Corporation Tax even prior to Brexit to ensure the UK an attractive place for overseas investment.

However, he is being warned by many ‘experts’ about the inevitable return to austerity. The Institute for Fiscal Studies (IFS) warned about a £25bn black hole in the public finances by the end of the current parliament because of slower growth and higher inflation.