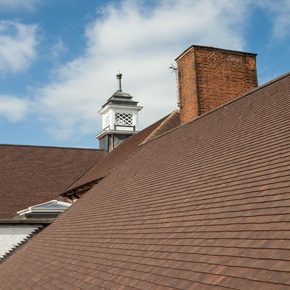 Redland Rosemary Clay Craftsman tiles have been used to replace the 80 year old roof of Richard Hale School in Hertford.

The tiles, in the Victorian variety, were used not only as they matched the existing ones in appearance, but because the school is in a conservation area and is also situated directly opposite the local authority’s planning department.

“The roof was beginning to fail in several places and it was very difficult to maintain because the pitches are so steep,” said Matt Botheras, the school’s business manager.

“It was a pressing job because there are three things that can close a school if they fail: the windows, the boiler and the roof!” 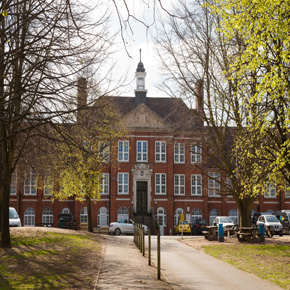 The massive job of replacing the 165,000 tiles went to the Breyer Group, which also installed new gutters and fascias.

“Redland supported us all the way along, ensuring that we had a steady supply of materials and advising on accessories such as vents,” commented Tom Titler, who managed the contract.

“We’ve got a long-standing relationship with them, and have always enjoyed very good technical support.” 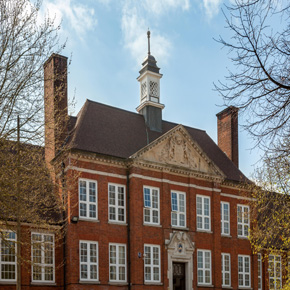 The Rosemary Clay Craftsman tiles are created on a bespoke production line so that they may look as if they were made in the 19th century but perform with all the attributes and strength of a 21st century tile. Each Craftsman tile looks like a genuine handmade clay tile because it has a textured surface, an irregular front edge and varying hanging lengths.

Three colours are available: Hawkhurst and Albury, which have fine, red sanded surfaces and varying amounts of random black patterning to provide aged, weathered looks; and Victorian, a dark and blackened clay with a grittier texture.