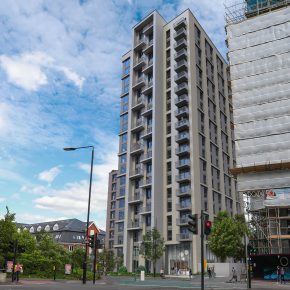 This choice has effectively fulfilled the passive fire protection requirements of the high-rise project.

For the high-rise multi-occupancy building, the installation of an effective passive fire stopping system was required throughout the whole site to ensure building and occupant safety. Appointed as the passive fire protection contractor on this project was ClearView Communications. 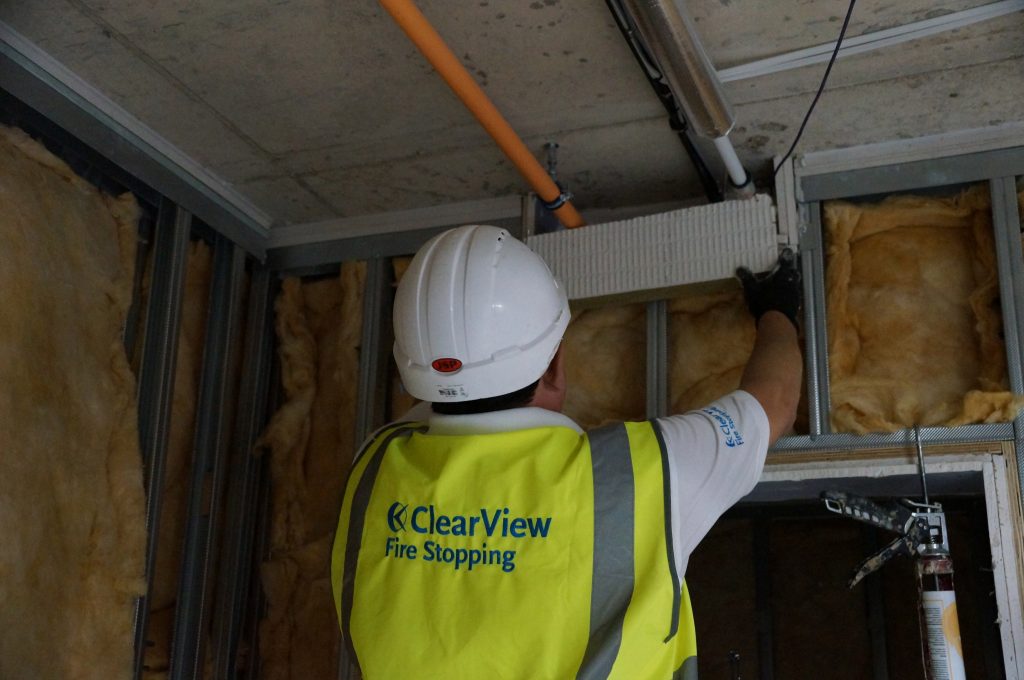 Alan Ward, Sales Director at ClearView Communications, commented: “All buildings are essentially divided into compartments. Compartmentalisation ensures that fire is contained at its point of origin and therefore slows down the spread of flames and smoke from one compartment to the next, increasing the time people have to escape and reducing structural damage.

“To achieve effective fire compartmentation, any voids and services passing through fire compartment walls and floors, such as cables, pipes and ductwork, must be properly fire stopped – and it was our job to source high quality and certified firestopping products for this project.

“Having worked with Quelfire on a number of previous projects, we chose to install Quelfire’s QuelStop Firestopping System throughout the Sutton Court Road Build to Rent Accommodation development.

“I worked with the team at Quelfire in my previous role before I joined ClearView and following the success of our partnership there, I knew I needed to bring the company’s solutions and expertise to ClearView.

“The design and performance of its products are fantastic and as a result, Quelfire is now our default firestopping supplier.”

At the Sutton Court Road Build to Rent Accommodation, Quelfire QF2 Fire Protection Compound was installed within the riser penetrations in the concrete slab to complete the compartmentation.

All of the products work together as a total system to effectively firestop mechanical and electrical service penetrations. 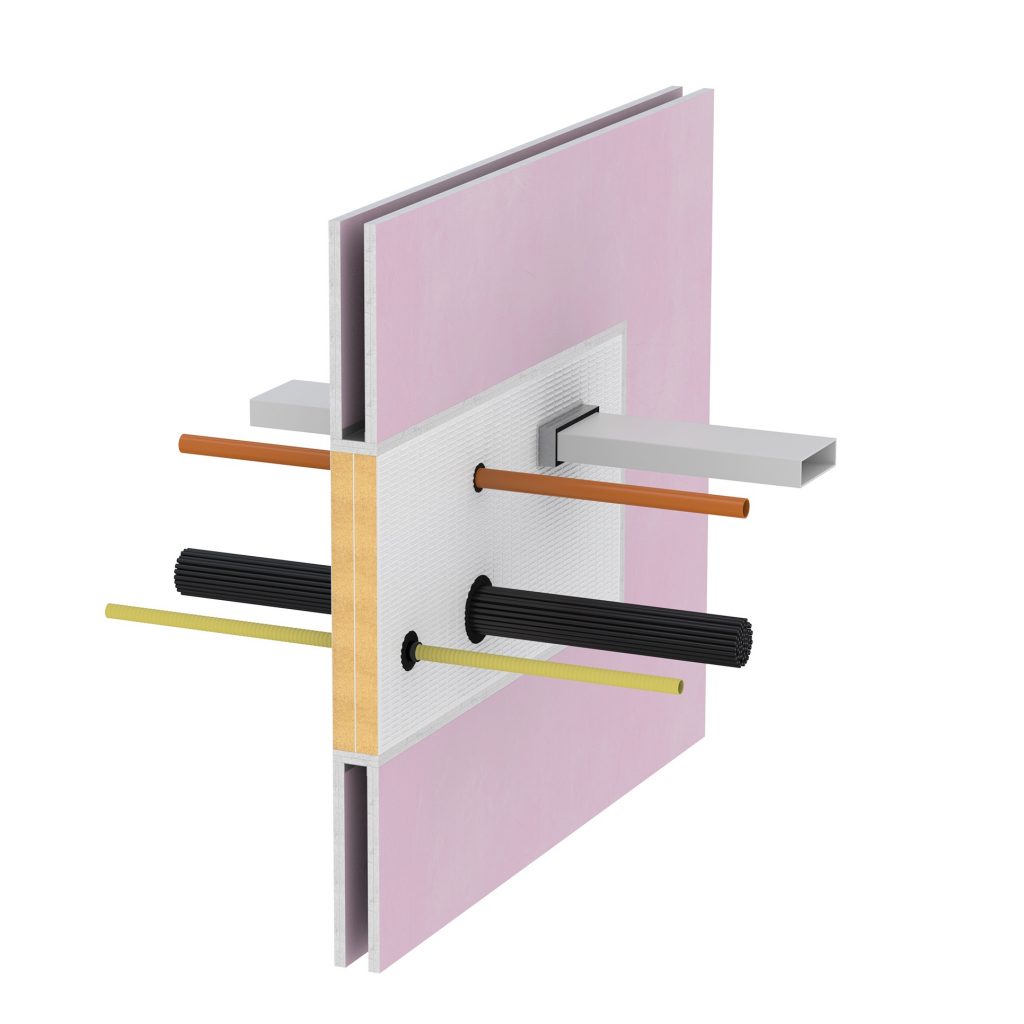 “Quelfire is one of the few suppliers in the country with a Lubrizol approved solution, the QuelStop HPE Intumescent Graphite HPE Sealant, a high expansion intumescent based graphite sealant, which was ideal for us as it is offered within the QuelStop Firestopping System.

“Achieving this accreditation is a testament to their extensive testing and third-party certification to ensure higher compliance.”

QuelStop HPE Intumescent Graphite HPE Sealant has been fire tested with all the commonly used plastic pipes and complies with the requirements of BS EN 1366-3:2009.

To qualify for inclusion in the ‘FBC™ System Compatible Program’, products must go through additional testing and approval. FBC™ System Compatible, QuelStop Intumescent HPE Graphite Sealant has been tested and is monitored on an ongoing basis to assure its chemical compatibility with licensed trademarks of The Lubrizol Corporation or its affiliates, including Blazemaster®. 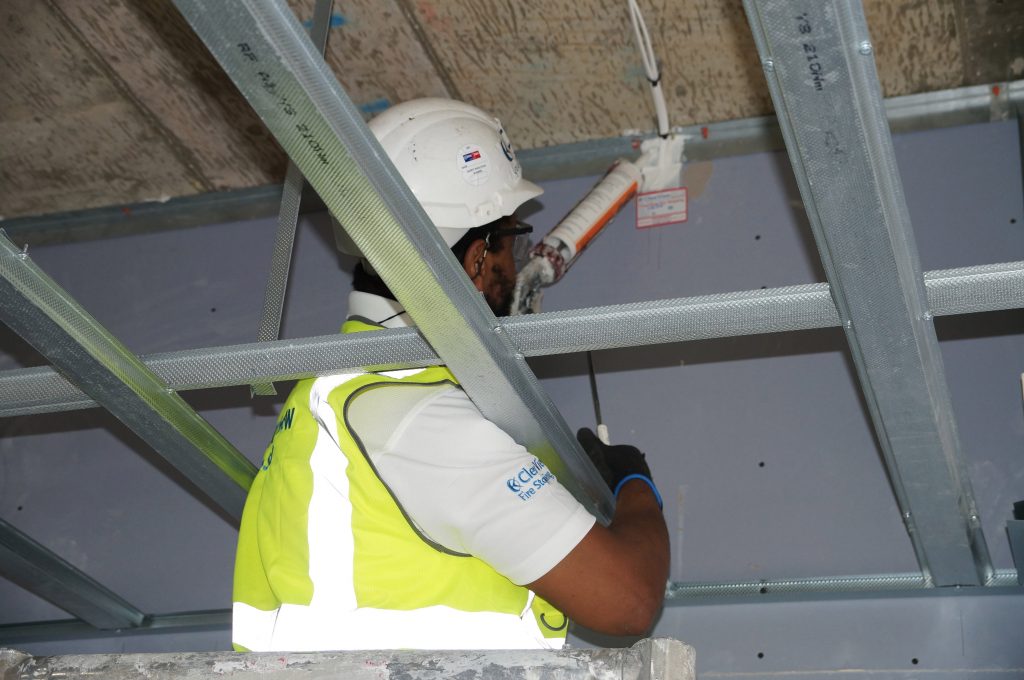 Alan continued: “The whole process of working with Quelfire is seamless. From initial advice to placing an order, the technical support during installation as well as the after support, I really couldn’t fault it.

“I have a really good working relationship with Malcolm Williams, Quelfire’s Business Development Manager, he is very attentive, knowledgeable and is always available.

“On other projects that we have worked on together, he has come down to site to support, and whenever we require assistance, we know that he, or a member of the technical team is only a phone call or email away. That is one of the main benefits of working with Quelfire, nothing is too much for them.”

“We have used the the QuelStop Firestopping System on a few projects, including on our largest project to date, Gatwick Hilton Hotel.

“We really enjoy using Quelfire products, they are of higher quality, durable and better to install than other passive fire protection products that we have experienced.

“This combined with their extensive technical support, training and resources that they offer to their customers makes Quelfire the ideal firestopping partner and it is a pleasure to work with them.”

Established in 1996, ClearView has become one of the leading providers of fire and security solutions in the UK. ClearView are accredited for passive fire protection works by the International Fire Consultants, and they have vast expertise of managing large scale and smaller fire-stopping projects.