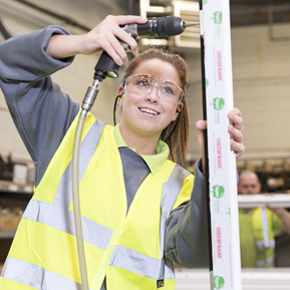 Since its inception in 2006, the company has now provided nearly 100 apprenticeships, and has been named as a finalist in the SME Employer of the Year category at this years Modern Apprenticeship Awards in Scotland.

Situated at its 15 acre headquarters at Castlecary near Glasgow, CMS’s apprenticeship schemes are an important component in the company’s wide ranging social, economic and environmental sustainability commitment.

The company has recently committed to becoming a Living Wage Accredited employer and has achieved both Investors in People Gold and Investors in Young People statuses.

Earlier this year, CMS was named Youth Employer of the Month for June by Skills Development Scotland, receiving praise from Roseanna Cunningham MSP, Cabinet Secretary for Fair Work, Skills and Training who described CMS as “a model for staff training and workforce development.”

The awards ceremony will take place in Edinburgh in November.