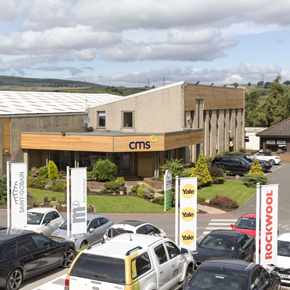 CMS Window Systems has been named one of the UK’s most profitable businesses, having ranked 42nd in The Sunday Times’ Profit Track 100 in conjunction with BDO and UBS.

The Profit Track 100 ranks one hundred British companies in order of the fastest-growing profits over the past three years. The list is compiled by Fast Track and published as a supplement in The Sunday Times each April.

CMS ranked 42nd having seen profit top £6.5 million for the financial year. The company has also increased employee number to above 250 and set up a new office in the North East.

The listing comes shortly after the company was named in the London Stock Exchange’s Top 1000 Companies to Inspire Britain report.

Andy Kerr, managing director at CMS Window Systems, was extremely pleased to be named in the Profit Track 100, alongside names such as The Miller Group, First Utility and Brewdog.

He commented: “The next 12 months is set to be another exciting period as we expand our presence in the housing and commercial sectors across the UK, and boost our aluminium curtain walling market share following the addition of Kawneer systems to our portfolio.”