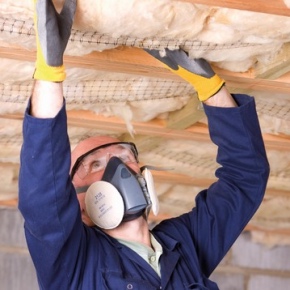 Over 30 organisations within the construction, heating and energy efficiency sectors have signed a letter co-ordinated by WWF calling on the government to address the gap in its low carbon buildings policies – describing it as one of the weakest areas of government action on addressing climate change.

In the letter – which can be viewed in full here – leading firms such as Rockwool, Arup and Knauf Insulation have urged business secretary Greg Clark to publish the UK’s Clean Growth Plan to decarbonise homes across Britain.

The letter scrutinises cuts to home insulations schemes, the cancellation of the Green Deal and the decision to scrap the Zero Carbon Home standard, and presses government to deliver its emissions reduction plan, required under the Climate Change Act, that was originally scheduled for 2016.

In order to meet the UK’s 2050 carbon target, the letter puts forward a long-term target for all homes to have an energy performance rating of C or above by 2035, and all new buildings to be ‘nearly zero energy’ by 2020. Signatories have also urged for the introduction of minimum standards on efficiency for existing homes, enforced at the point of sale and backed up by incentives, grands and loans.

The letter also calls for the roll out of low carbon heating systems, support to district heat networks by building on the Heat Network Investment Project and a local authority-led approach to heat decarbonisation.

Arup’s director of global buildings retrofit, Chris Jofeh, commented that the introduction of the Clean Growth Plan would bring with it a whole host of economic benefits. He said:

“Decarbonising our buildings, done properly, will stimulate the economy, increase employment, reduce energy bills, enhance the UK’s energy security, and help the UK to honour its climate commitments. This is an opportunity for all of us to shape a better world for future generations.”