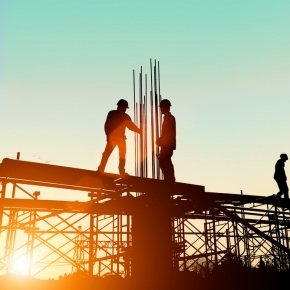 Construction issues: What the new Government needs to pay attention to

Construction is a thriving industry, one that is growing every year. In April, the industry hit a four month high, up to 53.1 from 52.2 according to Markit.

This was supported by the industry and many tradesmen were predicting that 2017 would be a great year for construction. However, there are still some glaring issues in the industry that need to be addressed by the new Government.

We’ve all read the horror stories in the newspapers. There are electric shocks, radiators falling off walls and on to children, and a lack of energy efficiency in new build properties. Critics say that contractors are throwing up homes as fast as they can to meet the demand, without thinking about quality or adhering to any sort of safety standards.

The Conservative Government has proposed to build thousands of new homes by 2020, and it’s been the focus of practically every party’s manifesto throughout their campaigns, but just where do we stand if we are left with a shoddy home? There is an industry code that builders have to work to, stating that customers must be kept up to date throughout the building process and they must be told how to complain if they are unhappy.

The National House Building Council says that properties must be checked at least five times at key stages of the building process. However, the Government is doing little to check this. There is a Help to Buy scheme in place to assist people in buying a new property, but not a lot has been said about how standards can be improved, outside of fining construction companies once there has been an incident.

Creating a new, modern-day transport strategy would greatly benefit the construction industry, as it would create new jobs. Transport is priceless to the economy but it does seem to get mostly ignored by the Government.

A strategy of infrastructure investment will inspire construction companies to get their thinking caps on, about how transport can be used to create better places, rather than just being used to move people and objects from A to B.

Back in 2015, Crossrail 2 was a huge part of Cameron’s Conservative manifesto, but since he resigned, there have been signs that the Government is hoping to abandon the ambitious plan.

The project has been essentially neglected by the current Conservative manifesto, with them instead wanting to focus on transport to the North of England. However, Crossrail 2 is still important – it improves the infrastructure of the South East, and it creates a lot of jobs for the construction industry.

For a while now, we have known about the shortage of workers within the construction industry. Britain is struggling with an ageing population, where many workers in construction are retiring, and they are not being replaced by younger workers due to a skills shortage – college courses and apprenticeship numbers are falling, and there are shortages in over 15 key trades including roofing, plumbing and plasterers.

Alongside the lack of youngsters taking on construction courses, we have Brexit to worry about – the industry relies on skilled workers from other countries, so a restricted immigration system will surely see worker numbers dwindle even further.

Businesses are already ahead of the game – Heathrow has pledged to build four offsite hubs, whilst Aecom is going to build 3000 modular homes in East London. The support of the Government would encourage businesses to follow suit, taking the weight off the construction industry in convincing major players.

Ever since Brexit, it’s safe to say that workers living in the UK who are from the EU haven’t felt entirely welcomed. In May, figures from the Office of National Statistics showed that over 100,000 EU immigrants left the country in 2016, which was a significant increase from the previous year. As previously mentioned, the construction industry relies heavily on foreign workers, so if they were to leave the UK once Brexit negotiations are complete in 2019, this would have a big impact on the industry. As a result, the Government simply must consider the rights of EU nationals living in the UK during Brexit negotiations, or face economic disaster.

So, what is the construction industry’s message to the Government? Don’t forget about us. The industry is growing, and will continue to grow, so it should be nurtured and invested in, not neglected until the worst has happened.