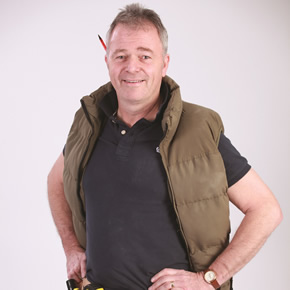 According to IronmongeryDirect’s Annual Industry Review, almost three quarters of construction tradespeople reported an increase in revenue last year, which is positive for the industry.

The study, which was carried out to gain an insight into trade professionals’ experience of the construction industry, involved 600 tradespeople.

By questioning its participants, IronmongeryDirect discovered that 72% of trade businesses experienced an increase in revenue in 2015.

The majority of tradespeople who took part in the review revealed that sales had increased by up to 10%, whilst a third claimed that revenues had improved by around 11% to 20%.

Meanwhile, 16% of the tradespeople said that revenues rose by up to 30%; a further 8% claimed that they had seen an increase of more than 30%.

The report revealed that the construction industry was kept relatively busy last year, with only 4% of tradespeople admitting that they did not have much work to do.

Half of those questioned also revealed that they received more enquiries in 2015 than they did in the year prior.

However, as a result of this, 45% of those surveyed said that they had to turn additional trade away, which had a detrimental impact on their businesses.

Ultimately, the report is positive for the sector; it indicates that this will continue into 2016, despite several unresolved, underlying issues – such as the increasing skills gap and the pricing of contracts – which may affect the industry.