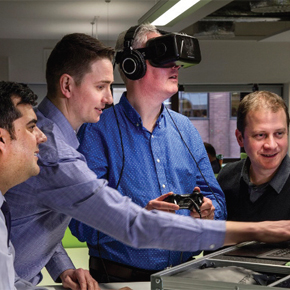 Cundall launched its new Virtual Acoustic Reality (Cundall VAR) system in the UK in February 2016. Cundall VAR is a cutting-edge tool for both clients and design teams and is set to transform building and infrastructure design with a combination of audio-prediction modelling and gaming quality graphics.

Eschewing the flat graphic interface of traditional acoustics computer modelling, the Cundall team has combined the Oculus Rift virtual reality headset with a gaming engine and high-quality audio to take clients and project design team members on an immersive audio and visual tour of a building – before it is built. The ability to hear how sound actually changes as users move through different spaces will enable valued decisions to be made based on experiential factors rather than numbers on a page. 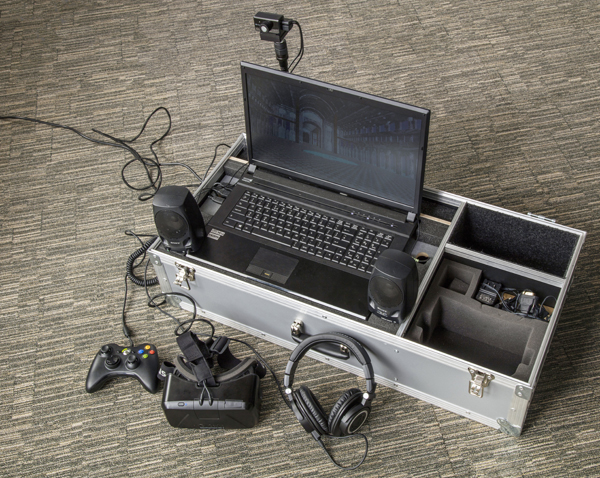 Fully portable inside a sturdy flight case, Cundall VAR can be set up on site or in colleagues’ offices.

“We’ve evolved from a very boring static numerical prediction through to something which is based on an audio visual experience; it is now dynamic, immersive and can be taken around the world to clients,” said Andrew Parkin, Cundall’s acoustics partner.

The user sees a 3D representation of the inside of the building, including furniture, partitions, etc., simultaneously hearing whatever noise sources are input into the model.

This could be a teacher within a classroom, assessing the clarity of sound reaching a student; a piano within a recital hall, to judge the level of clarity and listen to the effects of reverberation and echoes within the room or various sound sources within a restaurant, allowing an operator to appreciate the benefits of providing specific acoustic treatments within the dining room.

Any development which has neighbouring sources of noise (airports, railways, motorways etc) can use Cundall VAR to give peace of mind to the client, designer and end user. 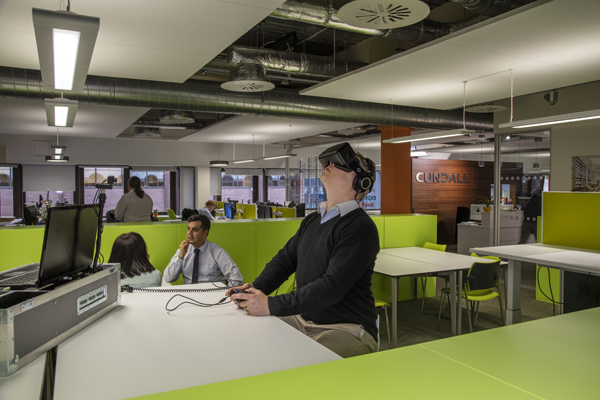 Users operate an Xbox controller to move around within a 3D virtual environment and hear how the sound changes in real time.

Fully portable inside its sturdy flight case, Cundall VAR can be set up on site or in colleagues’ offices, improving communication between the different members of the design team by giving each equal access to the design,in an understandable and relatable format. Proposals can be evaluated, potential problem areas identified and alternative solutions tested – all while the building is still at the design stage.

Andrew Explained: “At Cundall, we believe the more people that can be engaged in the design and decision process, the better the end result of a project will be. Creating buildings that have better acoustics and have a positive impact on the end user experience is one of our passions.”

Cundall VAR links a powerful 3D graphics program, Unity, with the CATT Acoustic software. Users operate an X-Box controller to move forward, backward and side to side within the 3D model. The Oculus Rift headset system changes the direction of the virtual head, giving 360° vision and altering the 3D view displayed to match the user’s orientation. A preprogrammed acoustic model calculates the conditions at many locations across a grid and the 3D walkthrough enables the user to travel across that grid, hearing – in real time – how the sound changes.