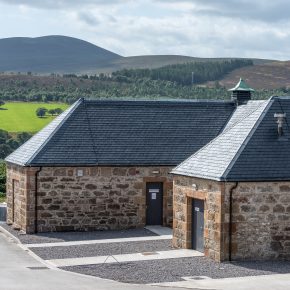 Existing stone and slate from the location’s original, dilapidated farm buildings were salvaged and reused to rebuild much of the walls and roof of the development. However, Heavy 3 was selected to maintain a uniform aesthetic where the original slate could not be re-used.

Located in the scenic Averon Valley, the £15 million project, which began in November 2017, involved the refurbishment and extension of an old farm, retaining the original 19th-century steading buildings, farmhouse and cottages. The 50-acre site also encompasses Loch Dubh.

The completed distillery now produces single malt whisky, while a gin still and botanic mixing lab are housed in a separate building on-site. In addition, the location also includes a tun room, mash house and mill room, and two detached cottages for offices and staff accommodation. 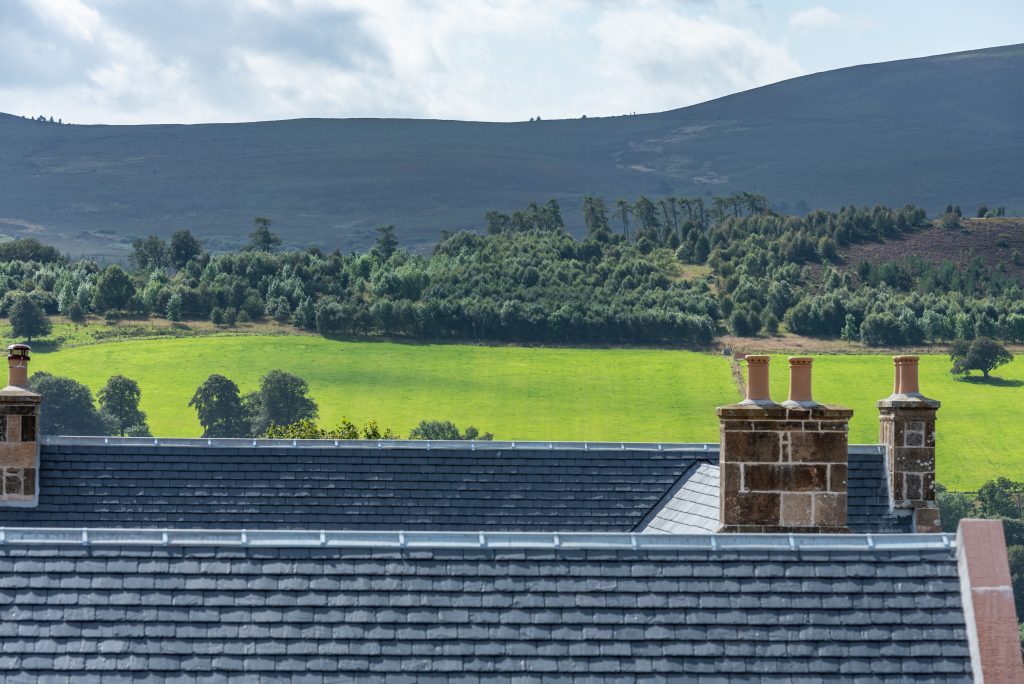 CUPA PIZARRAS Heavy 3 slate was specified for use on the project in conjunction with the architect’s design, as it was an ideal match characteristically to the Ballachulish slate used on the original farm buildings.

This older slate had already been salvaged on part of the development and used to rebuild a proportion of the roof; however, additional slates were required to complete the refurbishment.

Not only is Heavy 3 visibly similar to traditional Scottish Ballachulish, it is the perfect strength to withstand extreme Scottish weather.

Aesthetically, it is a blue black in colour with a slight gritty texture and it also features well-defined parallel lines that are visible on the cleavage surfaces.

The product is slated by CUPA PIZARRAS from San Pedro quarry in Spain, where two thicknesses are produced, 3.5m to 7-8m; it is this thick variant that works well against the high wind speeds and driving rains of Scotland.

As the Ardross whisky distillery is a large site, it took contractor Ian Sharpe of Wyvis Roofing, 14 months to complete the full refurbishment.

During that time, Ian worked closely alongside the consultant engineers and architects to fulfil the design requirements and bring the vision of the project to life.

Ian comments “We always recommend CUPA PIZARRAS Heavy 3 slate because it not only comes from a good geographical area, but it can withstand the tough weather conditions – which is really needed in Scotland.

“I’ve worked with Heavy 3 slate before and it’s easy to handle and install. CUPA PIZARRAS are also always on hand to ensure that the installation runs smoothly.”

A number of pre-existing farm structures have been reconstructed using CUPA PIZARRAS Heavy 3 slate in order to house a new Scottish whisky distillery, Ardross.   Existing stone and slate from the location’s original, dilapidated farm buildings were salvaged and reused to rebuild much of the walls and roof of the development. However, Heavy 3[…]