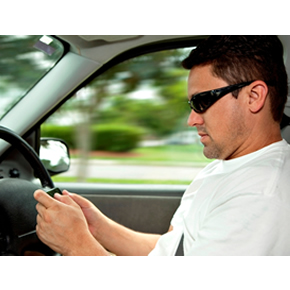 An increase in dangerous driving has led to an increase in the risk of duty of care problems for van users and operatives. The Fuelcard People has assessed three sets of statistics to stress the importance of legal obligations and road safety.

Those who drive for work are involved in over 25% of all road accidents, although drivers of all kinds are increasingly creating unavoidable risks on the road.

If a driver causes an accident in a work vehicle, employers can be held liable: it is, thus, essential that anyone who is responsible for vans has a clear duty of care policy which is understood by all drivers.

Published at the end of September, the Department for Transport’s (DfT) ‘Contributory factors for reported road accidents’ report revealed an increase of 9% in careless and reckless driving between 2010 and 2014.

Alarmingly, road accidents caused by drivers making poor turns or manoeuvres have increased by 15% over the same period.

There has also been a 5% increase in incidences caused by drivers failing to look correctly.

At the event, ICFM reminded fleet managers of the importance of risk management and the implications driver errors can have by underlining a growth in dangerous behaviour: texting while driving was highlighted as a key concern.

RAC’s Report on Motoring revealed that 12% of drivers consider it acceptable to take a call on a handheld device whilst driving, despite the fact that unlimited fines can be given to anyone who is caught using a mobile phone at the wheel.

Using a mobile phone whilst driving has been illegal for over 10 years, yet a further 17% of drivers were unable to recognise the dangers of texting or using their phones to check their social media accounts in paused traffic.